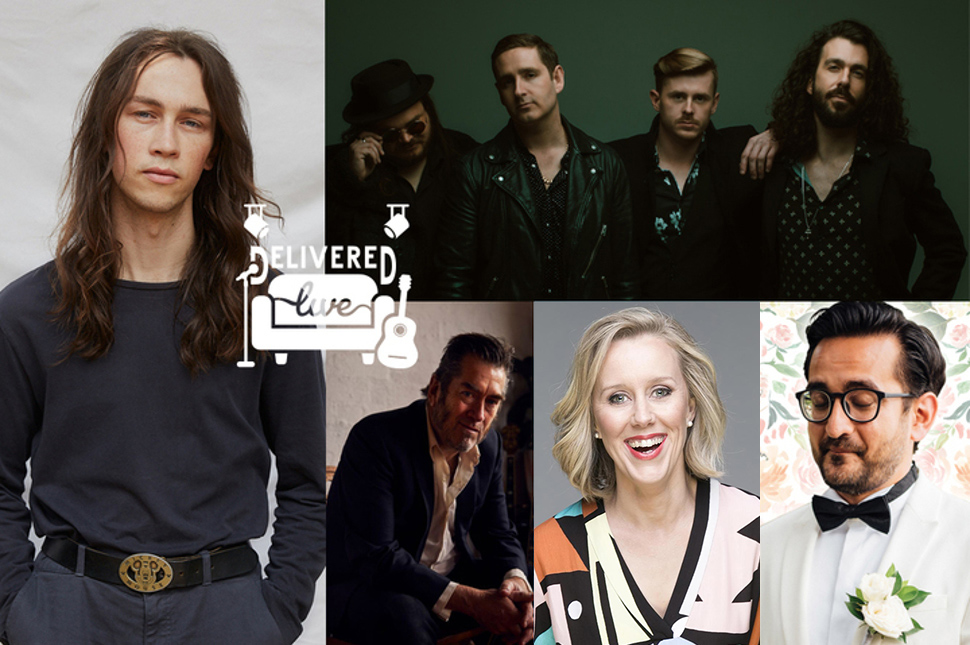 After featuring You Am I’s Tim Rogers, country doyenne Freya Josephine Hollick, solo Hayley Mary and more last week, the third edition of Delivered, Live will take place this Saturday and will include performances from Kingswood, Didirri and Mick Thomas.

Comedy this week comes from returning local legend Sami Shah, who will be joined by Claire Hooper, while the endearing Henry Wagons will once again be hosting and Myf Warhurst leads an expert panel.

While Delivered, Live will once again be streamed for free via YouTube and Facebook, viewers are able to purchase tickets via Oztix to support Victoria's creative industries, with sales going directly to the artists, crew and beyond, as nominated by those on the bill.

For more details, head over to the Delivered, Live website.