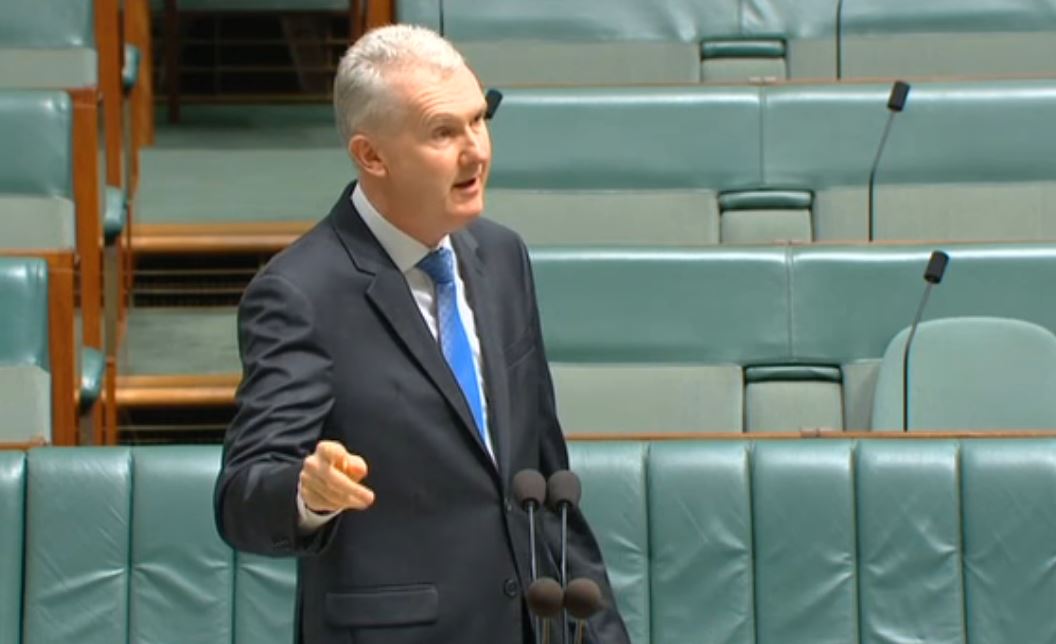 Shadow Minister for the Arts Tony Burke delivered an impassioned speech in Parliament today when calling for the arts and entertainment sector to be included in the Government's wage subsidy in the wake of the coronavirus outbreak.

"While some people want to think of this sector as celebrities, they are workers," Burke said.

"They are workers who are almost entirely ineligible for the scheme that is before us right now because their work by and large goes to forward contracts.

"They have forward contracts set up for the rest of the year, all of which are being cancelled because of decisions of Government...

"We've been saying from day one ever since the rule came in, restricting gatherings of more than 500 people, that this sector was the first to be shut down and will be one of the last to get back on its feet."

Burke said the Government can amend the issue "with the stroke of a pen", which has left artists, industry crew and venues with an uncertain future as gigs and festivals continue to be shut down.

"When we had tough times in the bushfires, we turned to this sector, asked them to work for free," Burke said.

"Now they're facing tough times and we're leaving them out of the scheme."

Despite Burke's push for the inclusion of the arts and entertainment sector in the scheme, the amendment was defeated 29-24 in Parliament.

The wage subsidy bill will now move to the Senate where more amendments for the arts sector could be put forward. The outcome is expected to come by 8pm.