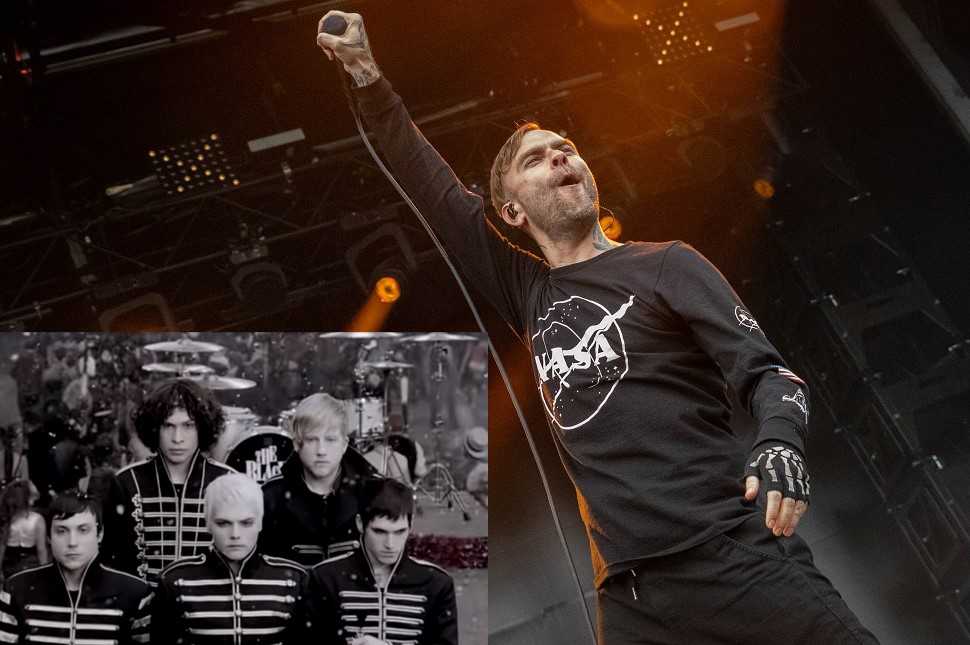 The Used frontman Bert McCracken has been pushing for a My Chemical Romance reunion for years and now that it's a reality, naturally the next step is getting the bands to tour together.

Appearing on the latest episode of The Green Room with Neil Griffiths podcast, McCracken recalled comments he made on the podcast back in December 2018, in which he said a My Chemical Romance reunion was "only a matter of time".

"I summoned it," McCracken joked.

The 38-year-old singer said he did catch up with My Chemical Romance frontman Gerard Way for the first time in "quite a while" prior to the comments he made in 2018.

"It was awesome to see him," McCracken told host Neil Griffiths.

"It was like we just saw each other yesterday.

"We exchanged numbers and stuff with plans to get coffee and stuff, but everything was crazy - him being super busy and me being super busy. I honestly didn't know anything [about the reunion]."

Speculation began to mount that The Used were planning a joint tour with My Chemical Romance after they called off shows in Europe and the UK scheduled for May and June, saying in a statement, "An opportunity has arisen for The Used that we absolutely couldn’t turn down. (Big news update to be revealed ASAP!)".

Though he wouldn't reveal exactly what the news is, McCracken promised that all will be revealed soon.

"We do have some really awesome news to announce pretty soon. Obviously, the second you see someone announce a reunion tour, you're like, 'Get on me that mother!' I've been texting Gerard like crazy," McCracken said.

Adding with a laugh, he said, "But I've also just been announcing that we are on it, just because, yeah, we should be."

The Used's new album, Heartwork, will be released on 24 April.

Check out the full The Green Room episode with McCracken on Spotify, Apple Podcasts (below) or wherever you listen to your favourite podcasts.