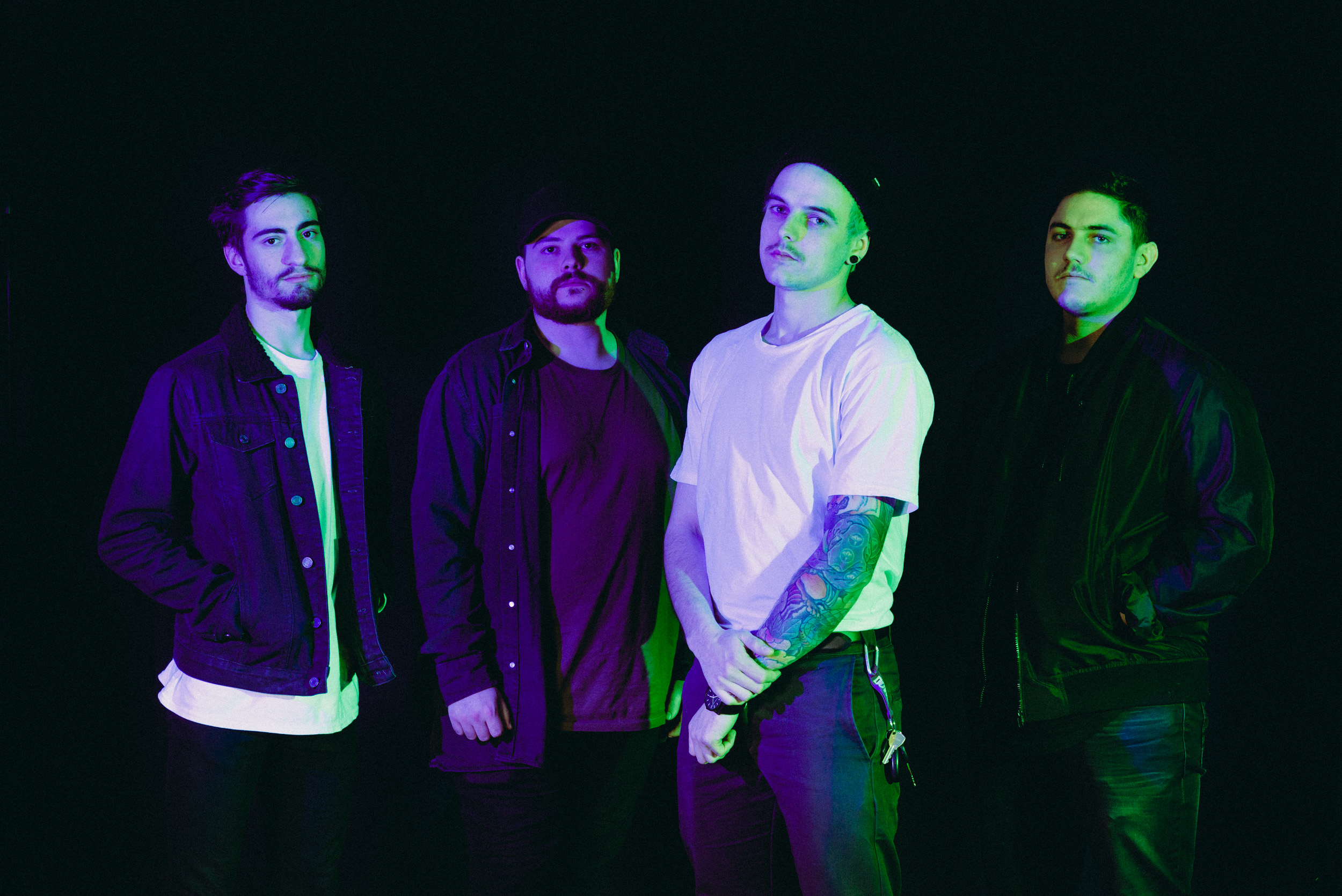 “Ruin is a song that describes growing up and becoming a person that you don’t necessarily want to be. Constantly causing an inner battle between who you are, who you want to be, and who everyone else thinks you are. To allow the music to replicate this emotion we wrote the versus at a slower tempo to signify sorrow and despair. We also chose to speed up the tempo for the choruses, to portray anger and angst.”

“This track is our current single, and describes how anxiety can be similar to living in a toxic relationship that you can’t seem to pull yourself out of. In those types of relationships, you want everyone to think that things are great, but in fact they are sometimes far direr than you let on. This song talks heavily about how so many people around us suffer day in and day out with inner demons, and refuse to let people help them for fear of being viewed as weak and insufficient. And sometimes because they have lived with their façade for so long, that faking how they feel has become who they are.”

“Clarity is about a person within a group that takes advantage of everyone and everything to benefit only themselves. Different people often display varying levels of patience, but when everyone allows that person to screw them over time and time again it becomes a joke. Everyone struggled to see exactly what you saw from the beginning until it had all gone too far, and the damage was irreparable.”

“Cope touches on how people in our lives display certain traits and addictions that negatively impact us at a young age. As we get older we try to avoid the mistakes of those who came before us, but find ourselves struggling with the same tendencies and addictions. This song was written to flow a little slower than the other songs on the EP, so that we could really push the feeling onto the audience, allowing them to capture the true meaning of this track."