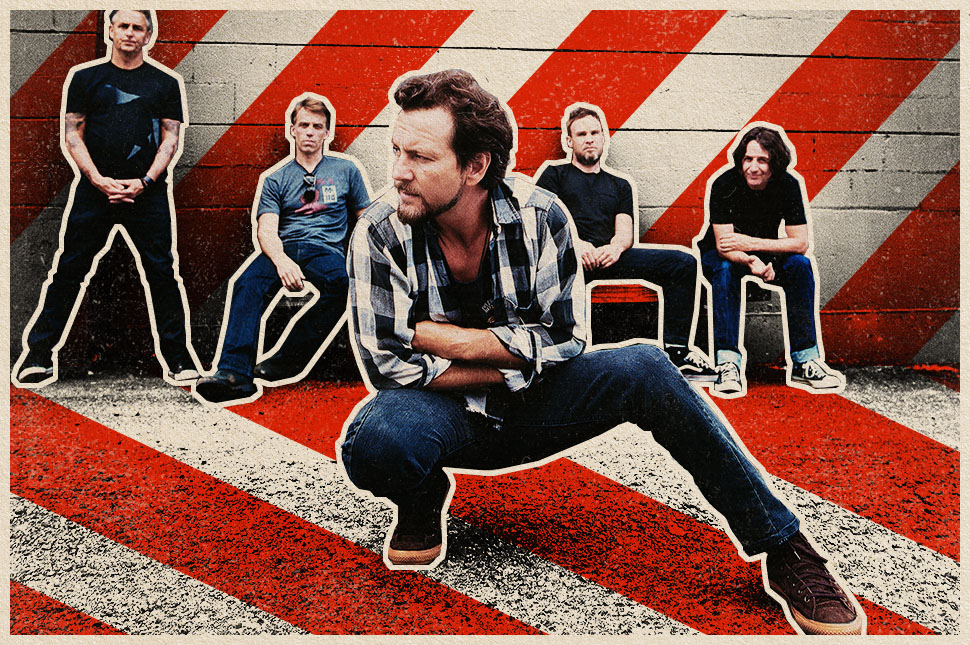 If there’s ever been a week for your favourite band to drop a new album, this is the one. My love of Pearl Jam has been well noted on The Music over the past few years (you can check out my Let’s Play Two documentary review over here) but this is actually the first time in my time here that I’ve had the chance to write about a new album from the group.

It’s seven years on from their 10th studio album Lightning Bolt; an incredibly long wait for fans and what has turned out to be the longest stint between albums in the band’s history.

Just yesterday, bass player Jeff Ament shared a video of himself unboxing a vinyl copy of the album for the first time.

"It's amazing to finally see it after two-three years of making music... To see the real deal is really satisfying," he shared. "Thanks for waiting for so long, I know it was a long wait for me and a long wait for the guys."

It has certainly been felt by fans and honestly, there were points where I wondered if this album would ever actually arrive. When it did - after all that time - it actually took me a few listens to really get on board and realise that I do in fact like it. More so, that’s actually something I’m really happy about.

In 1996, the group released No Code; an album that’s widely known for dividing fans. Reviews of the album were mixed, with Pitchfork saying at the time that "it's almost all filler", and the album's content challenging those who leaned more to the heavier guitar style of the first three albums.

That’s not to say that there weren’t moments of difference in the previous albums - compare the accordion led Bugs from Vitalogy to the rollicking guitars of Ten’s Even Flow and you would struggle to see the same band - but No Code offered something different from Pearl Jam. It also nearly saw the end of them too with guitarist Mike McCready telling Spin at the time that "If we played together nothing would get done… We’d all just get pissed off at each other."

I was nearly four when No Code came out so I think I was probably (read: definitely) lacking the understanding of nuance to feel the outrage that some felt at the time. The reason I bring it up now though is that I think Gigaton has the potential to No Code some fans.

In January, the group shared the album’s first single, Dance Of The Clairvoyants - a track with a notice style change from their most recent new music, 2018’s standalone single Can’t Deny Me.

"I can’t tell you how proud I am about this group of songs," explained Ament at the time. "As you know, we took our time and that benefited us taking more chances.

"'Dance' was a perfect storm of experimentation and real collaboration, mixing up the instrumentation and building a great song, and Ed [Vedder] writing some of my favorite words yet, around Matt’s [Cameron] killer drum pattern. Did I mention Mike’s insane guitar part and that Stone [Gossard, guitarist] is playing bass on this one? We’ve opened some new doors creatively and that's exciting."

So how different could it be? If you’re looking for the band that made Ten, they’re gone. Elements remain but overall it’s all so different and far removed. It's certainly not Lightning Bolt 2.0 either - seven years has clearly brought with it a lot of change. Interestingly, it’s albums like 2000’s Binaural and 2002’s Riot Act that this album seems to sit closest to.

What I've found most compelling about Gigaton is that rather than being held together by one clear musical style, it's the album's thematics that piece it together; its thread of politics, social consciousness and climate change being the one consistent offering in an album that sonically changes so often.

I've listened to Gigaton a lot over the past month and originally intended to break it down song by song but I really don't think that would serve any purpose; it's an album that you just have to embrace in its entirety to really understand.

In my first notes from listening to Gigaton I wrote, “If you were a fan that was challenged and pissed about No Code, then this might send you over”. Being so lucky that even after 30 years of being together your favourite band still has the ability to surprise and challenge you? I actually think it’s something to be grateful for.

Gigaton is out Friday 27 March.