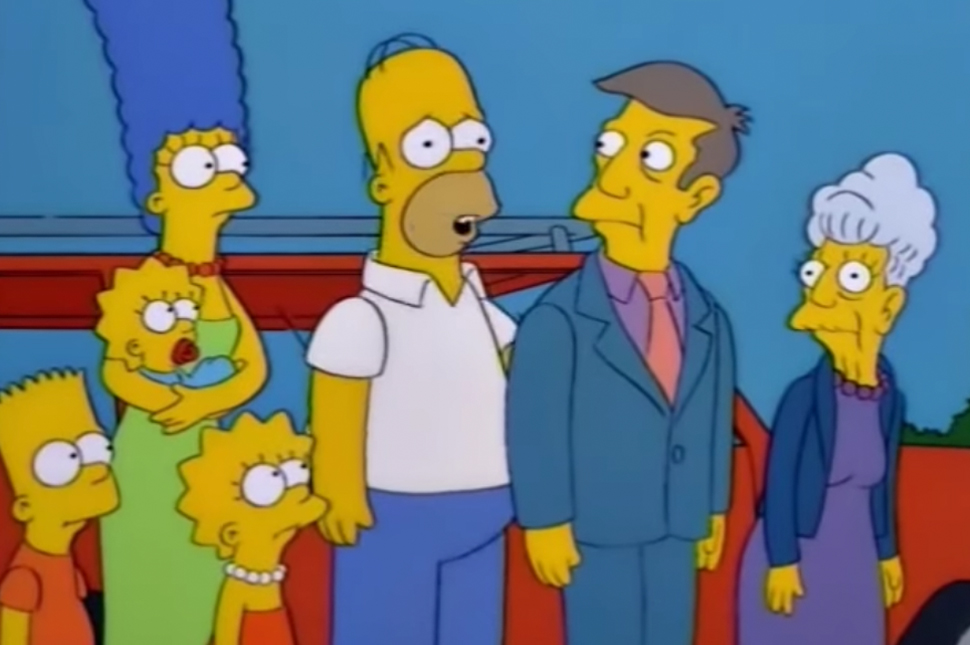 It's a tough task to find more than a handful of The Simpsons episodes from the '90s that weren't great, but there is one in particular that star Harry Shearer has never been a fan of from the start.

Fans will recall The Principal & The Pauper (episode two, season nine) which first aired in 1997, in which Principal Skinner admits to being an imposter and who's real name is Armin Tamzarian.

Shearer, who voices Skinner, as well as other The Simpsons favourites like Ned Flanders, Mr Burns and Waylon Smithers, has publicly expressed his opinion against the episode since he first read the script all that time ago.

"I just said the audience has invested 12 years in this character and it's saying a big F U to the audience to say 'Oh, that's not who he is,'" Shearer said during a recent appearance on The Green Room with Neil Griffiths podcast.

"That violates... the deal with the audience for no good reason."

Like The Simpsons fans, Shearer also criticised the episode for the way it completely undoes the revelation about Skinner at the end (spoilers), in which the real Seymour Skinner is banished from Springfield and Judge Snyder declares that "everything will be just like it was before all of this happened".

Creator Matt Groening later called the episode a "mistake" in an interview with Rolling Stone.

"[The audience] think they know [Principal Skinner]. This violates that deal," Shearer continued.

The 76-year-old actor said that he feels The Simpsons has lasted so long (now nearing towards the end of its 31st season) is not only because of the connection fans have with the show, but also because the cast "really feel protective" of their characters.

"Writers come in and having grown up with these characters, think that they're sometimes play things. As actors, we tend to think of them as characters with lives and emotions and stuff," he said.

"The other time that I would pipe up is a couple of writers would come in and thought it was funny to have Flanders make jokes where he takes the name of God or Jesus in vein... that's not Ned.

"I'd say, 'Look, I don't give a fuck, but Ned wouldn't do that.' It violates everything we know about Ned for the sake of a kind of halfway joke. It wasn't even for gold, you know?"

Check out the full The Green Room episode on Spotify, Apple Podcasts (below) or wherever you listen to your favourite podcasts.