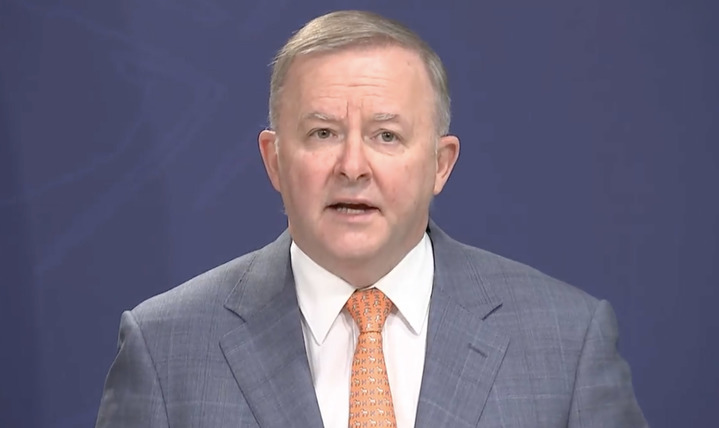 Opposition Leader Anthony Albanese has urged the Government to provide support for the arts and entertainment industry in the wake of the coronavirus outbreak.

Speaking at a press conference today, Albanese discussed his concern for support for casual workers and those in the arts and entertainment who are suffering financially.

"... They won’t be performing and they rely upon their jobs, their labour, to feed their families and to pay their mortgages, and pay their bills," he said.

"They’re doing it tough, and our job as political leaders is to focus on them. It’s about people and the impact here. I think that the Government will need to do more.

"We don’t believe, at this point in time, that there’s been enough support. We’ll continue to put forward constructive ideas, be it on dealing with health issues or economic issues."

Albanese's comments come after John "JC" Collins, who runs popular Brisbane live venues, Fortitude Music Hall and The Triffid, revealed that he is currently no revenue at all due to the multiple tour cancellations.

"It's a huge effect. We've got no revenue. We're now into how long can we survive? That's where we are at the moment."

In a statement this afternoon, Live Performance Australia called on the Federal Government to include Australia’s live performance industry in its next economic stimulus package.

“Our industry is shedding jobs by the hour - but so far little has been said by the Prime Minister or Treasurer on their plan to help the thousands of performers, artists, creatives, technical and road crew or sustain hundreds of performing arts and commercial companies, including music promoters, producers, venues and all the service providers that keep the industry alive,” said LPA Chief Executive Evelyn Richardson.

“The next stimulus package must include an unequivocal focus on supporting live performance through immediate and longer-term measures that will support our people and businesses. LPA has put forward a comprehensive $750 million emergency support package to the Commonwealth, state and territory governments.

“Today all of Australia’s peak bodies and the Media Entertainment and Arts Alliance (MEAA) stand united in calling for a clear commitment from government that it will adopt these measures, otherwise, it’s the final curtain for Australia’s world class live performance industry which has fostered generations of local and global talent.

“This is an economic, social and cultural emergency that demands a fast, creative, flexible and agile response from all levels of government.”

Parliament is scheduled to meet on Monday where the Government's stimulus package will be debated. At this stage, the Government is yet to clarify if relief for the arts, entertainment and hospitality industries will be included in that debate.