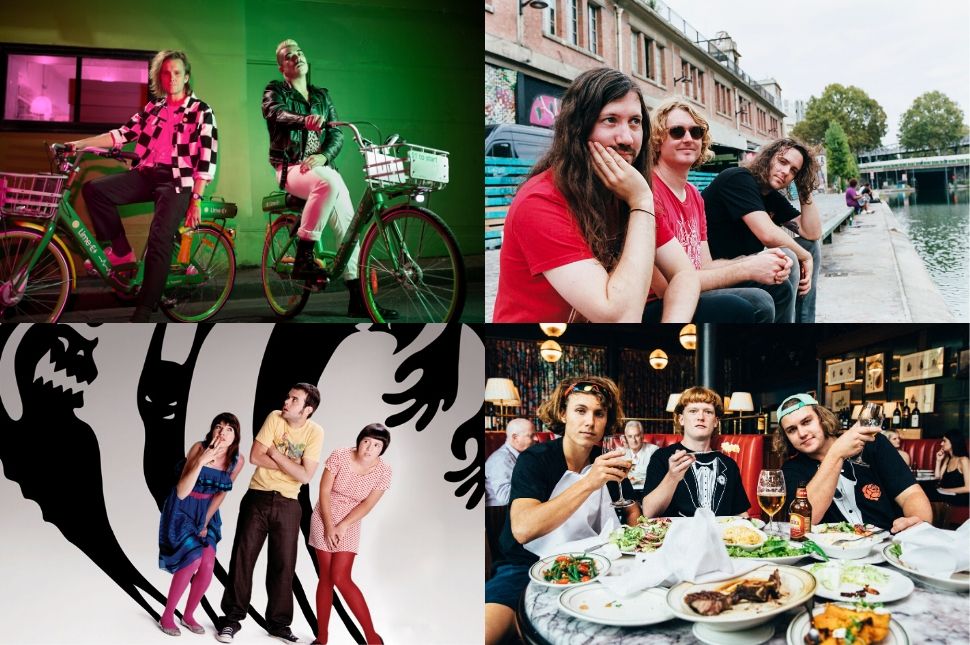 Young Henrys is bringing its infamous Rock & Roll Circus north for Brisbane's Brewsvegas this month with some huge names in the mix.

Going down at The Foundry on 19 March, members of The Delta Riggs, The Preatures and Sloan Peterson will act as a backing band for a supergroup of talent including members of The Grates, DZ Deathrays, The Chats, Polish Club, VOIID and more.

Rock & Roll Circus, which calls on local legends to cover their favourite rock songs, debuted in Sydney in 2016 before it launched in Melbourne in 2019 and this year it will make its maiden voyage to Brisbane.

“Young Henrys has long been proactive in supporting local rock music, something that is increasingly hard to come by, so I'm always keen to get amongst it with them," Polish Club's David Novak said.

"The community of bands in Brisbane is arguably the strongest in the country and the chance to bring some rambunctious musicians from out of state to play some dumb rock songs together is one I don't intend on missing.”

On top of the heady rock'n'roll line-up, organisers told The Music "punters can expect a tasty tap takeover with Young Henrys core range and limited edition brews all night as they enjoy a fun, no holds barred party".

“Rock & Roll Circus has become one of our favourite events in the YH calendar in the past few years as it celebrates what is great and fun about live music; great friends coming together to play music they love without the pressures of hit singles, record releases and ticket sales," Young Henrys co-founder Oscar McMahon shared.

"It's a night of music that is as enjoyed by the band as it is the people on the floor. We are so excited to be bringing the circus to town for its first night out in Brisbane."

The event is free but all donations on the door will go to the RFS so dig deep.

For more details about the show, follow the link here.