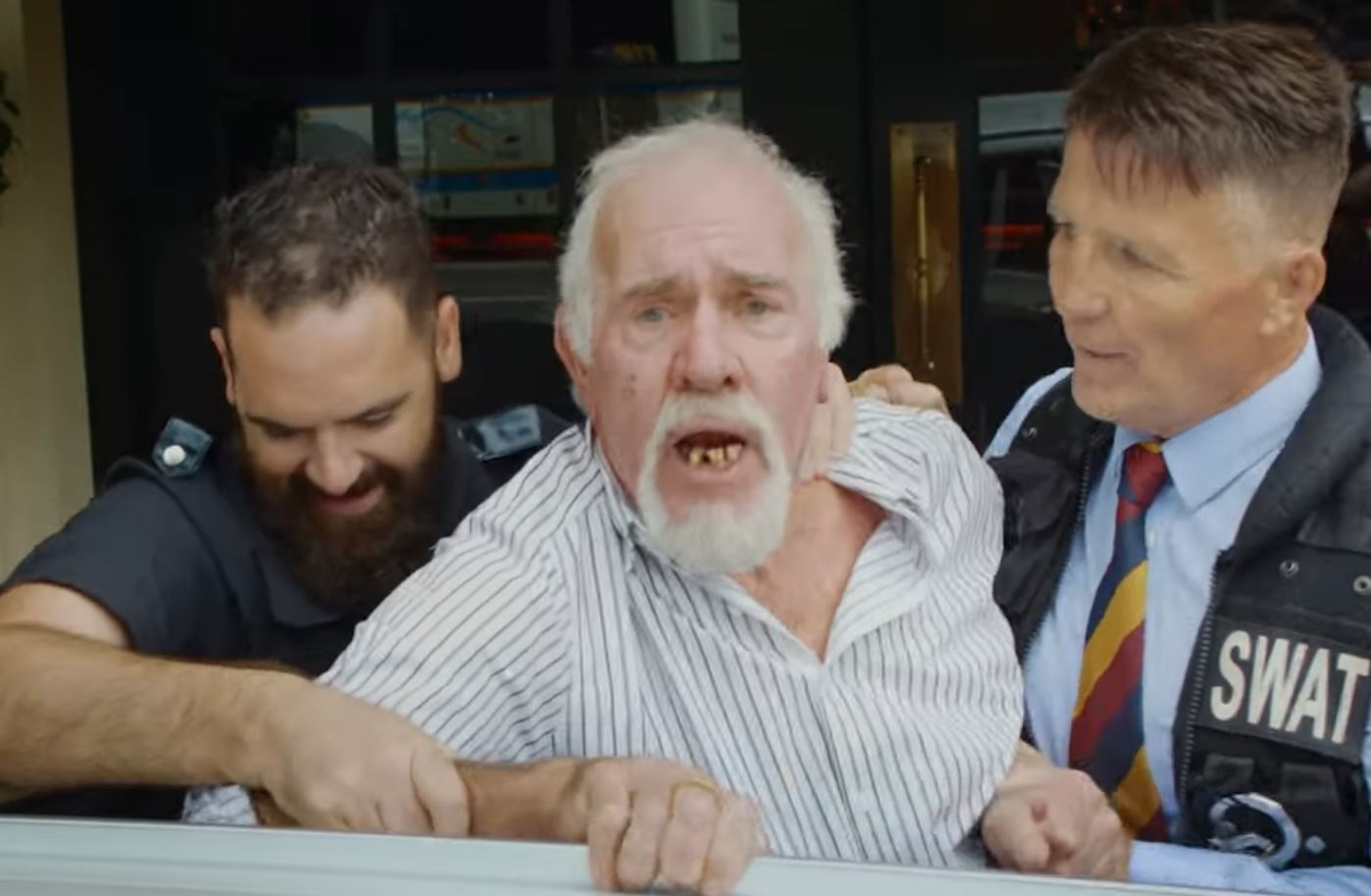 Remember the guy who got arrested for trying to enjoy a succulent chinese meal?

Refresh your memory below...

Paul Charles Dosza (or Jack, apparently), who was filmed while getting arrested in the '80s, makes a surprise appearance in the new music video from Aussie trio The Chats, Dine N Dash and it truly is DEMOCRACY MANINFEST.

The Sunshine Coast band have dropped the new track ahead of the release of their debut album, High Risk Behaviour (set for release on 27 March), as well as announced a headline tour of the country to kick off later in the year.

Starting at Splendour In The Grass in July, The Chats will move on to play dates in Perth, Melbourne, Sydney and Brisbane.

"It was the best steak I’ve had. Definitely gave the bowlsie a run for its money. No mushy gravy thou."

Frontman Eamon Sandwith added, “Ya know you’re in a fancy restaurant when the chips and salad aren’t included."

Tickets for the tour are on sale now, head to theGuide for all the info.