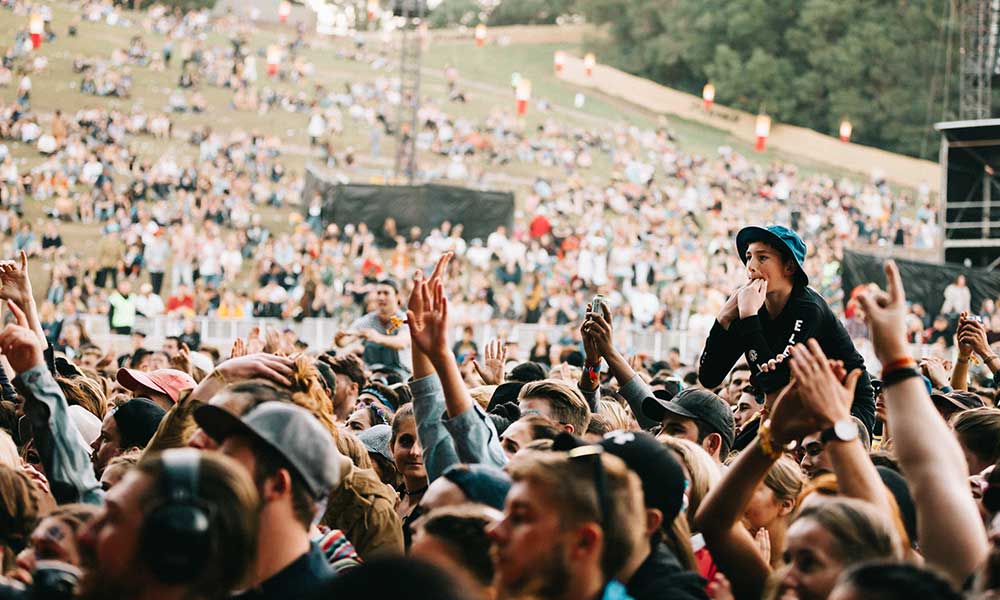 Splendour In The Grass 2020 tickets were already appearing on ticket reseller Viagogo this morning before the festival even sold out.

While the festival announced at 10am this morning that it has officially sold out, single day tickets ($201.35 a ticket) were being advertised on Viagogo for $609 per ticket prior to that time. Click the images below to expand. 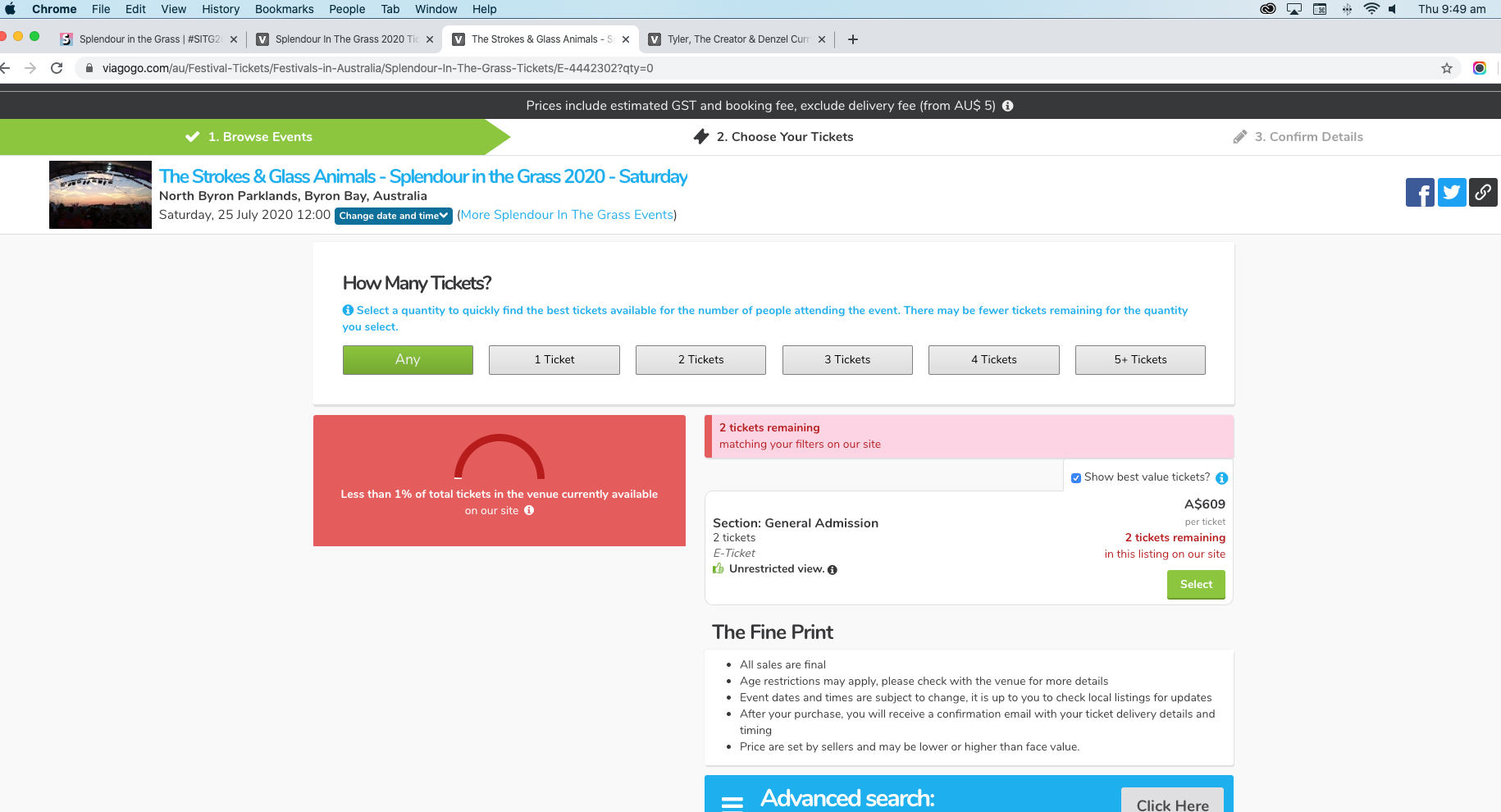 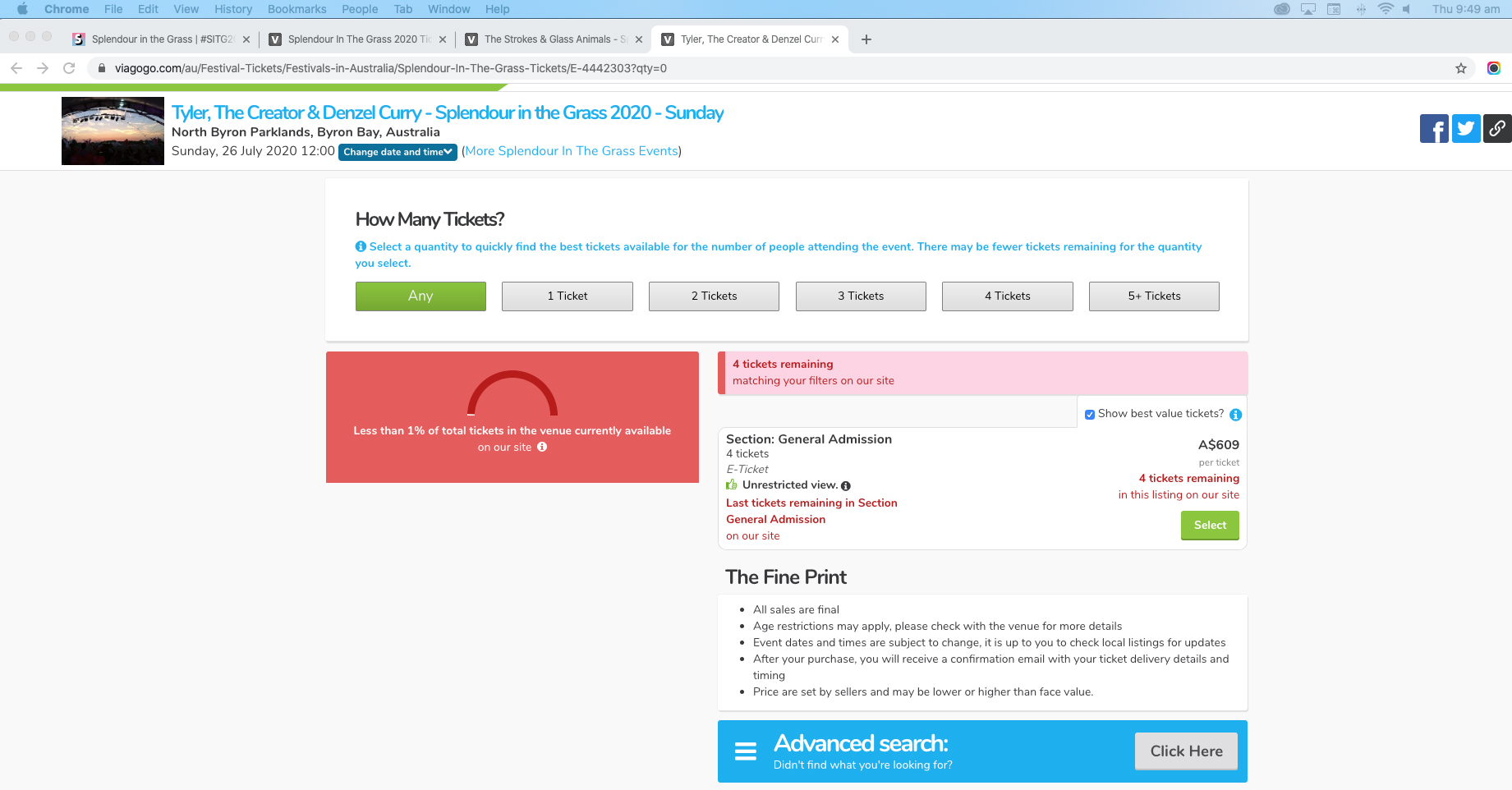 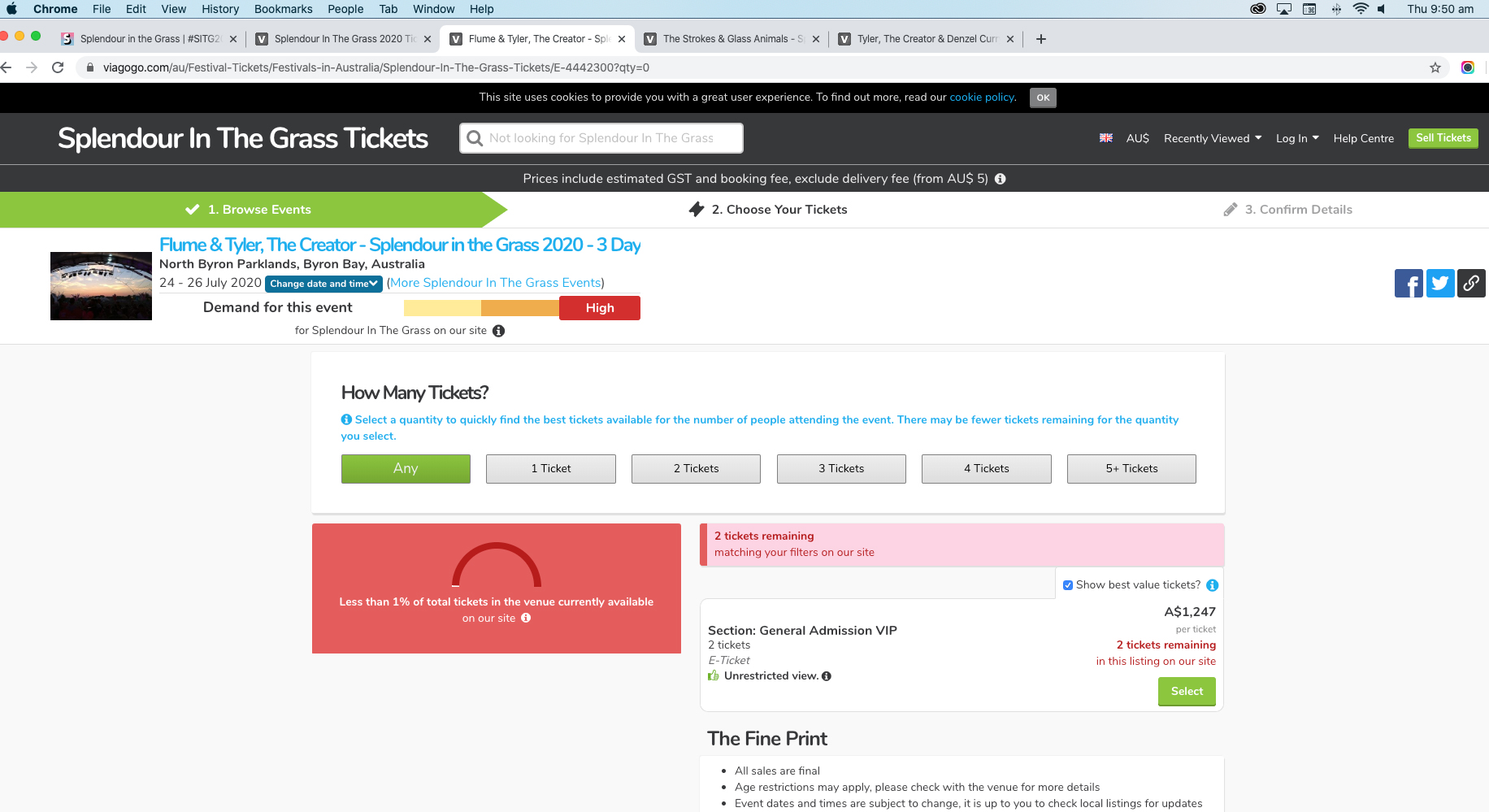 Festival organisers have again urged patrons not to purchase tickets for the festival through unauthorised resellers, saying "DO NOT PURCHASE TICKETS FROM VIAGOGO, GUMTREE OR ANY UNAUTHORISED TICKET RESELLERS.

The festival is set to launch this year's official Ticket Resale Facility in the near future.

Splendour In The Grass takes place from 24-26 July in Byron Bay, with acts including Flume, Yeah Yeah Yeahs, The Strokes, Tyler, The Creator and more on the line-up.

The Music has reached out to Viagogo for comment.