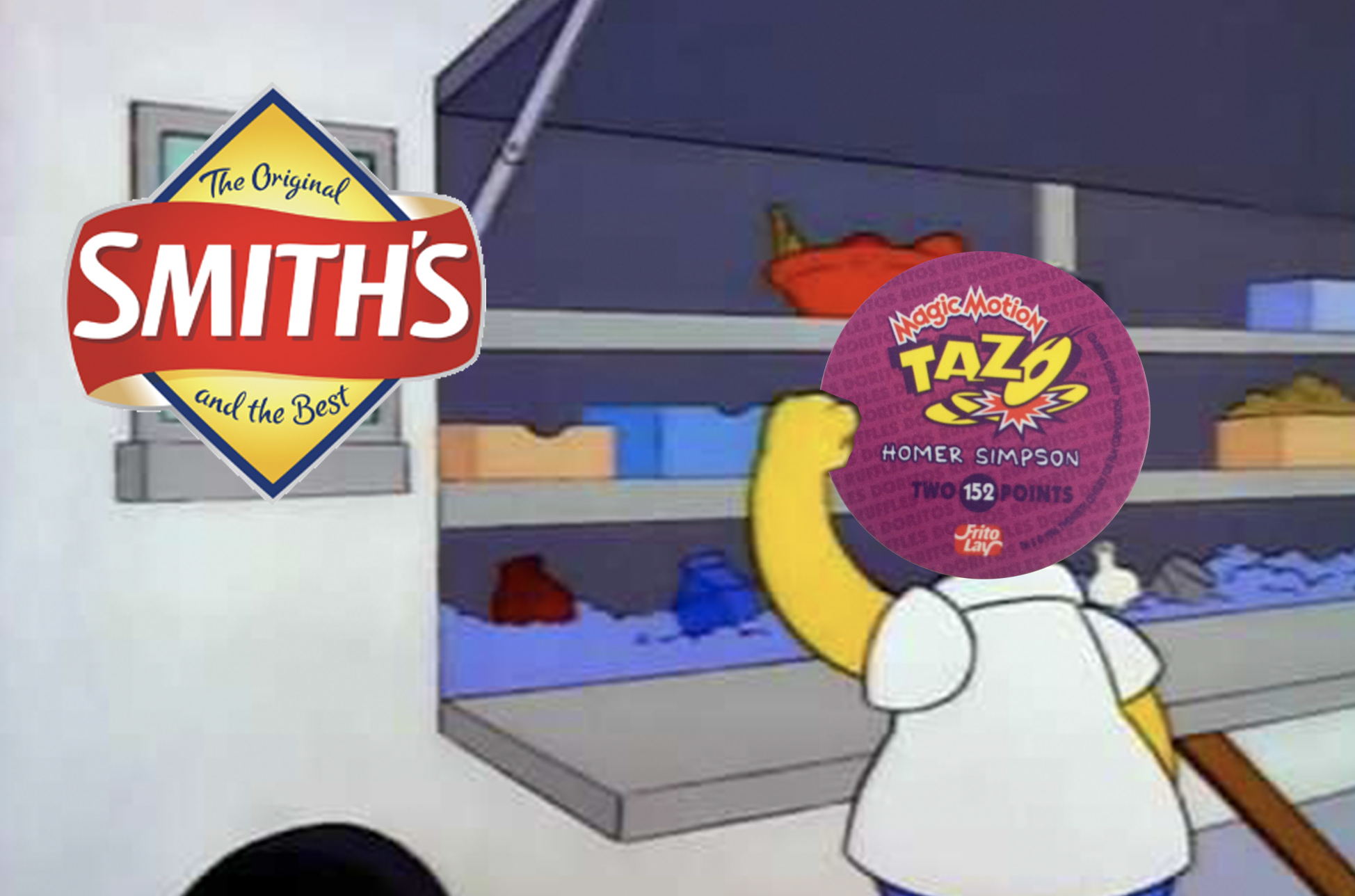 Every now and then something happens that reminds us why the internet exists - fans of The Simpsons hounding Smith’s to bring back the beloved Tazo is one of those defining moments.

A huge number of fans have been flooding the chip company’s inbox with memes demanding the return of the widely popular collectable that was once found inside Smith's Snackfood products.

Here’s just a taste of the action: 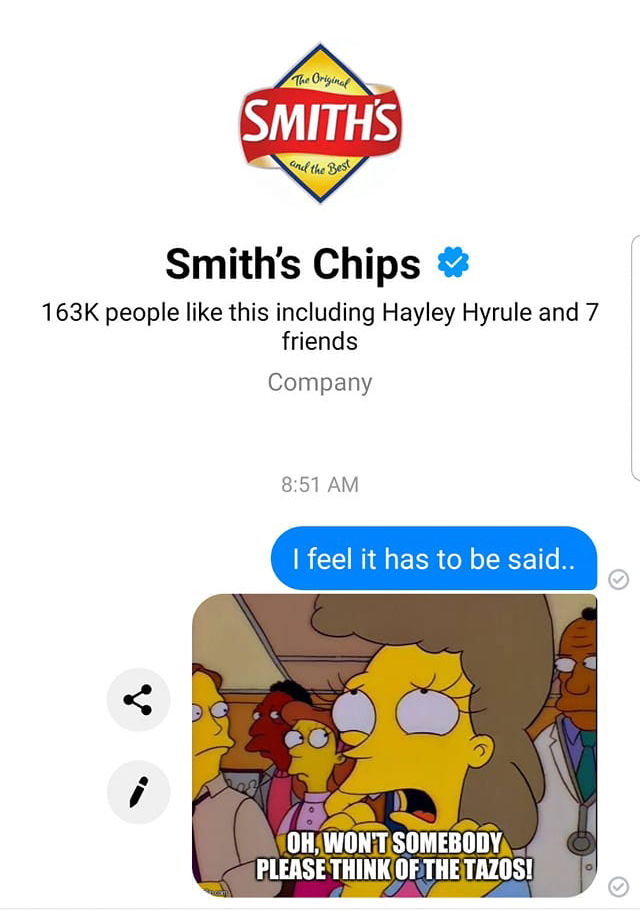 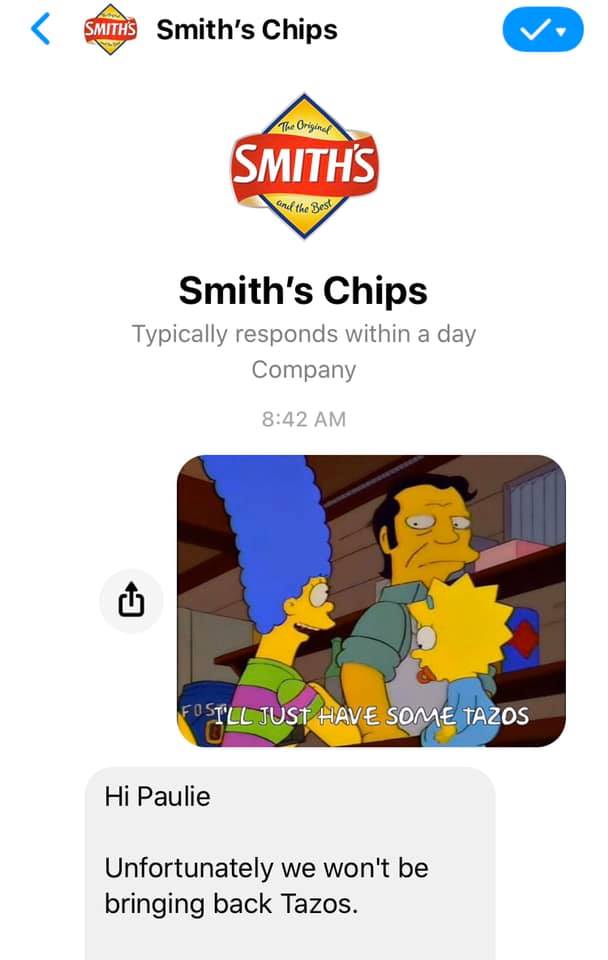 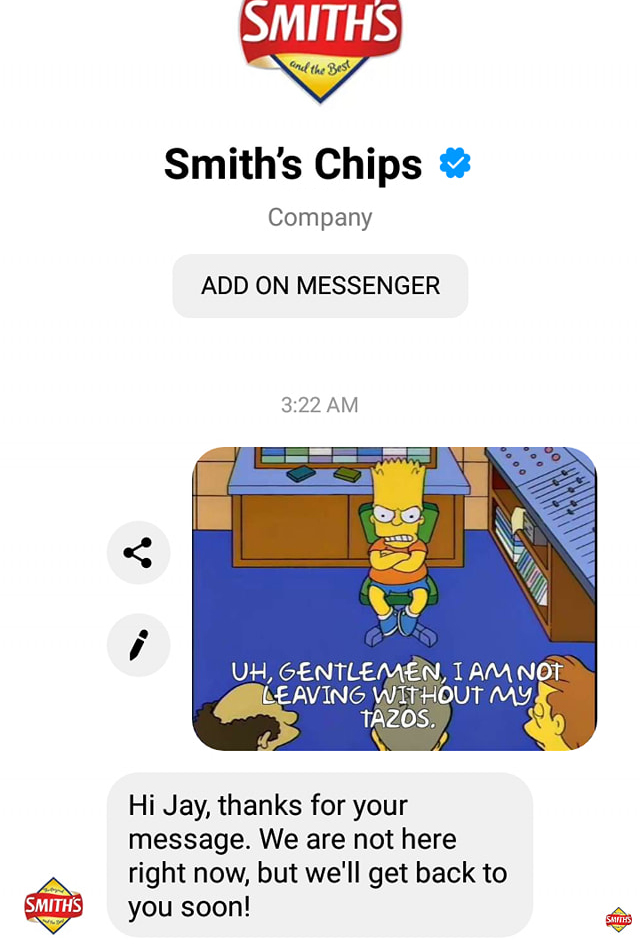 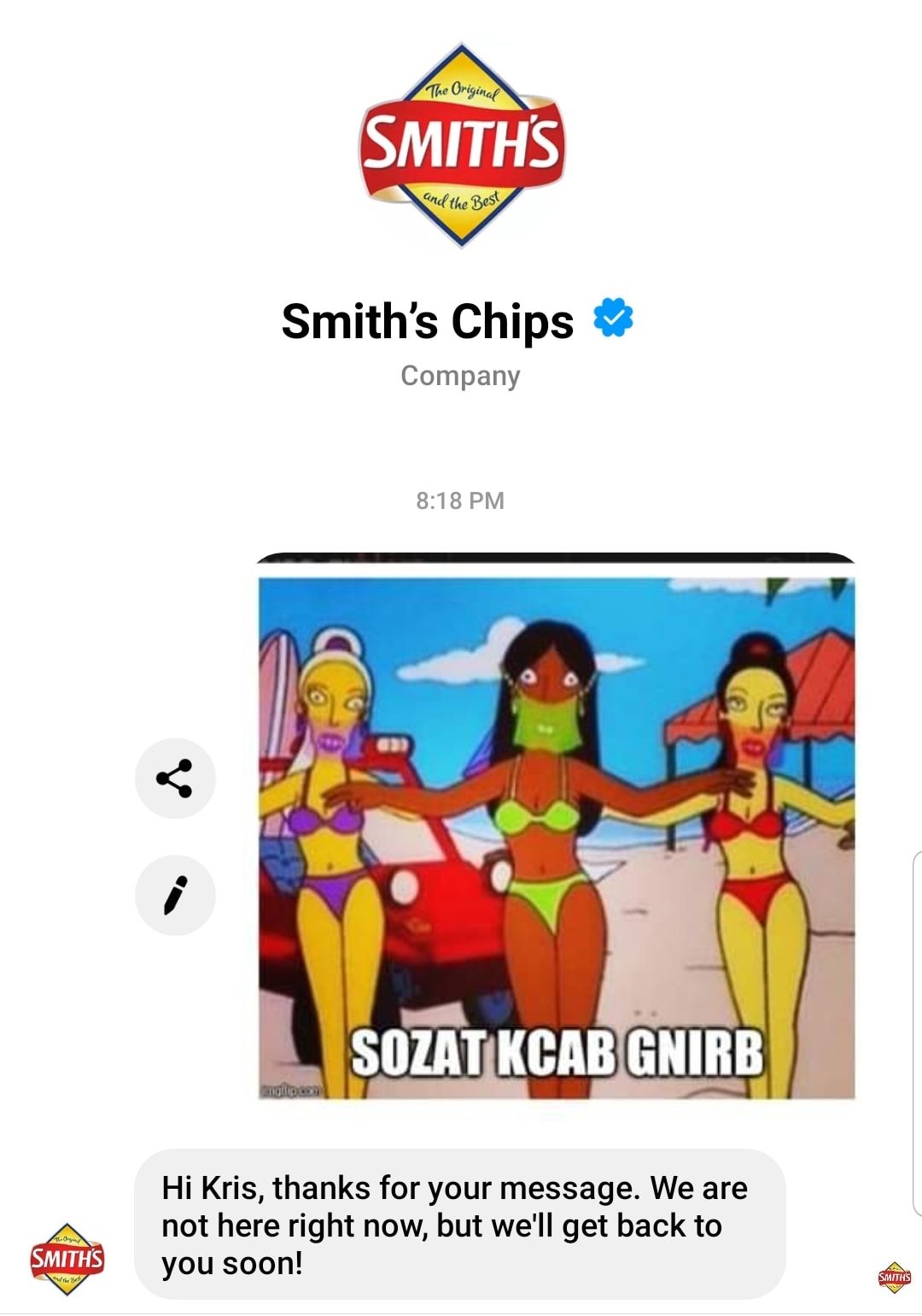 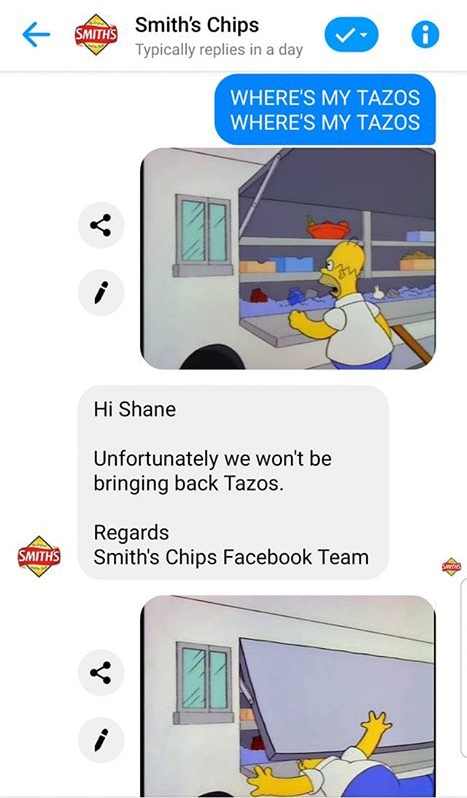 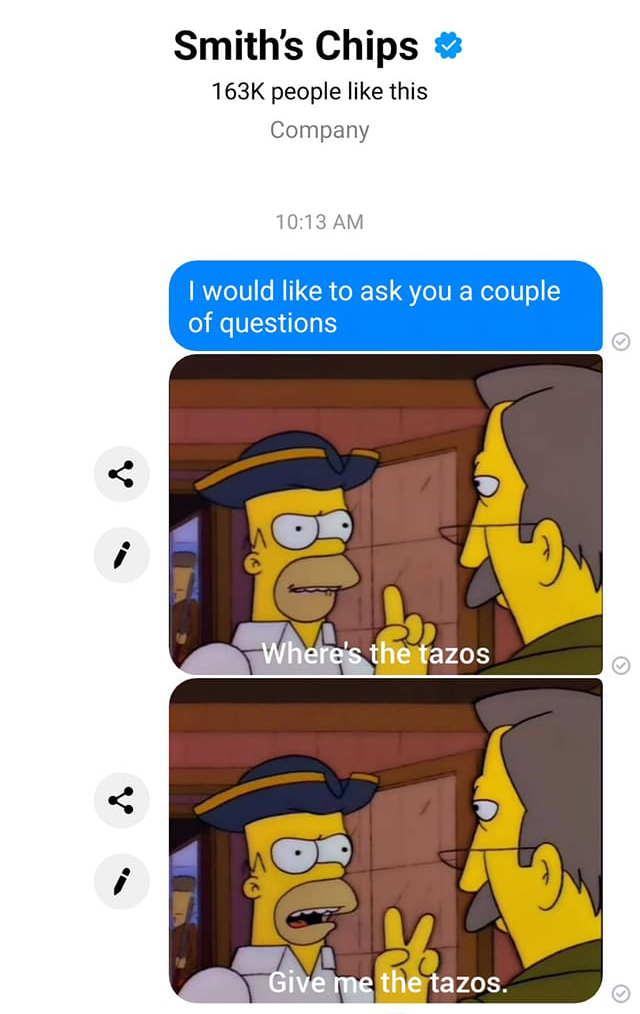 The Simpsons first appeared in Tazo form in 1996, before spin-off Pickers, Bowlarama and TV Tazos appeared throughout the early-mid 2000s.

For many born in the '90s, Tazos were a form of currency, some trading their lunch for a handful of circular discs that featured the likes of Looney Tunes (the first-ever Tazos released in Australia), Space Jam (who still has their Michael Jordan Slammer?!) and more.

This year marks the 25th anniversary of Tazos first appearing in Smith's Chips in Australia. Pretty good timing for a re-release...

Unfortunately, a Smith’s spokesperson provided The Music with the following statement: “Thank you for reaching out and your interest in the brand, I can confirm that we have no plans to bring back Tazos.”