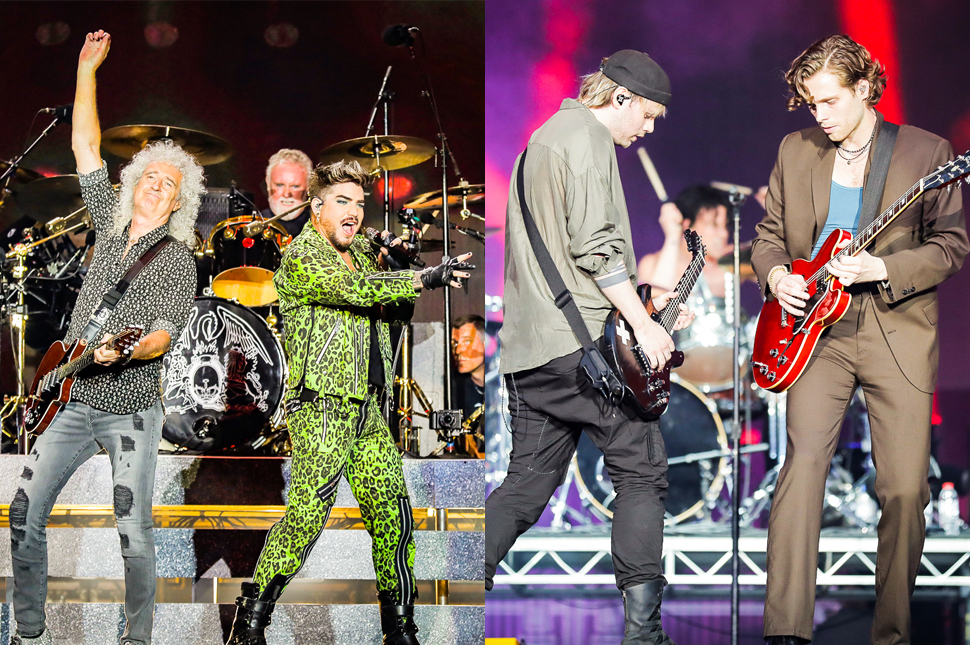 It's fair to say that 5 Seconds Of Summer's forthcoming album, CALM, will be their most adventurous to date and the band have revealed that a recent cover they did of a Queen classic helped inspire the new sound.

Appearing on the The Green Room with Neil Griffiths podcast this week, the Sydney outfit said the direction the new music was taking "sunk in" when they covered the iconic UK group's Killer Queen in support of the 2018 Freddie Mercury biopic, Bohemian Rhapsody.

"[Our producer] said, 'We're gonna do [the vocals] how Queen did it. Like, we'll sing this harmony altogether eight times or whatever it is... and then we'll go to the next harmony,'" frontman Luke Hemmings told podcast host Neil Griffiths.

"It takes a long time and it's all live together. That's kinda where it started and we realised that's a really cool sound for us."

5SOS have given fans a taste of CALM, due out on 27 March, with a string of singles including Easier, No Shame and a new track released today, Old Me.

"It's just another way of expanding our vocal abilities," Hemmings continued.

"I think [the Queen cover was] where it was like, 'Oh, we can do this' and we can do it how it was done, kinda old school, but mix it in with what we do in a new way."

5SOS will return to Australia this November for a huge headline tour in support of CALM, with a second Sydney show being announced today; check out theGuide for more details and pre-order CALM here.

Listen to the full The Green Room podcast with 5SOS on Spotify, Apple Podcasts (below) or SoundCloud.