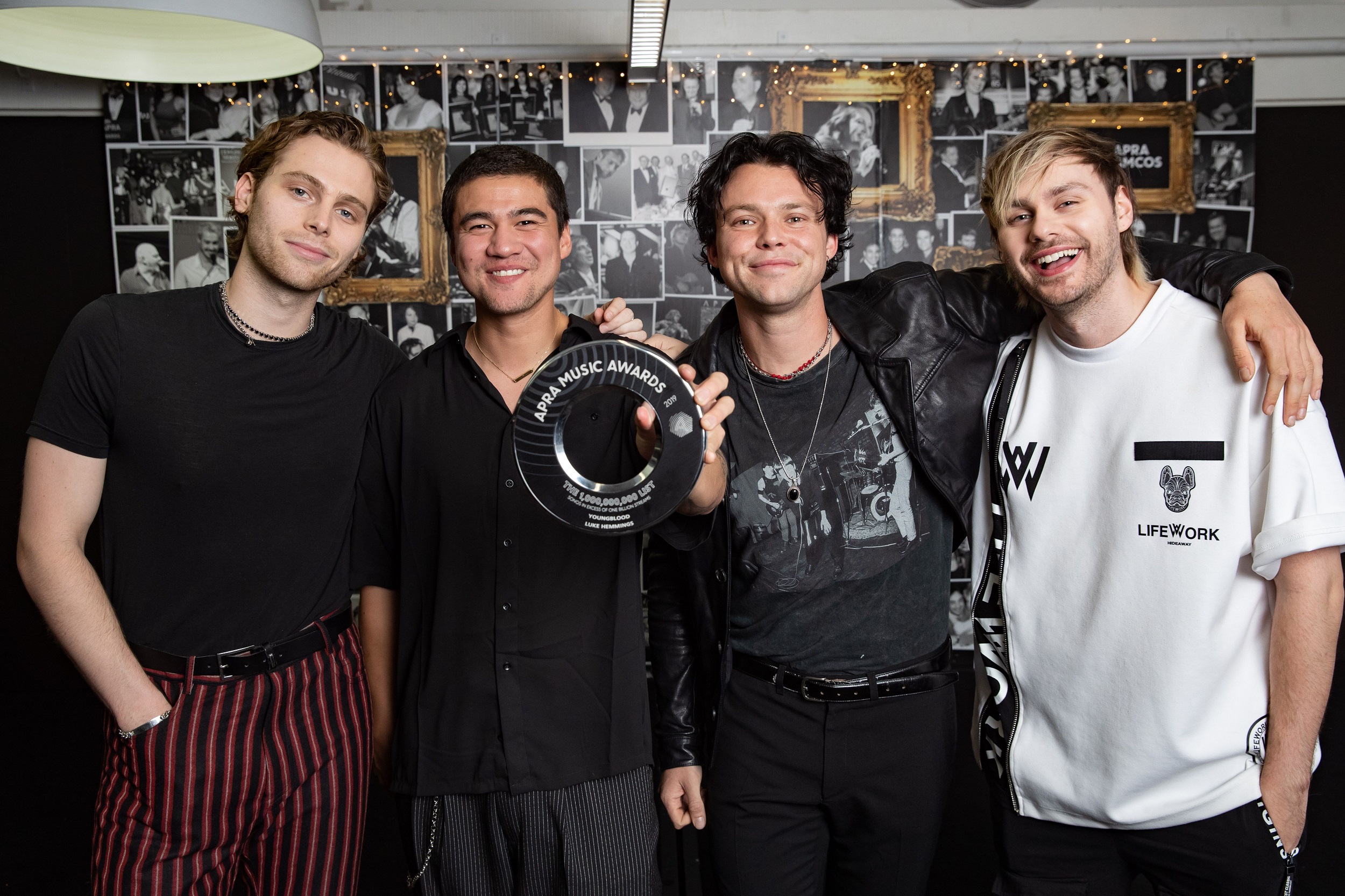 5 Seconds Of Summer are the latest Aussie act to join APRA AMCOS' The 1,000,000,000 List with their global hit song, Youngblood.

The Sydney band, who are in town on the back of Sunday's Fire Fight Australia event, were recognised for the achievement at APRA AMCOS headquarters today.

“We've always taken risks and not really understood the seriousness that surrounds songs, they just explain our lives from our perspective, and we keep it close to our hearts and we keep hustling," 5SOS drummer Ashton Irwin said in a speech to APRA AMCOS staff, band management, Sony/ATV Music Publishing Australia and guests from the band’s label EMI.

"We really respect this award and everyone who works on these songs and getting them heard."

Following its release in 2018, Youngblood spent eight straight weeks at #1 on the ARIA Singles chart and reached the top ten in 11 countries, including the US, UK and Canada.

5SOS join the list that already boasts acts like Troye Sivan (Youth), Flume (Never Be Like You), Dean Lewis (Be Alright), Starley (Call On Me) and most recently, Tones & I (Dance Monkey).

5SOS will return to Australia in November for a headline tour of the country. For more details, head over to theGuide.