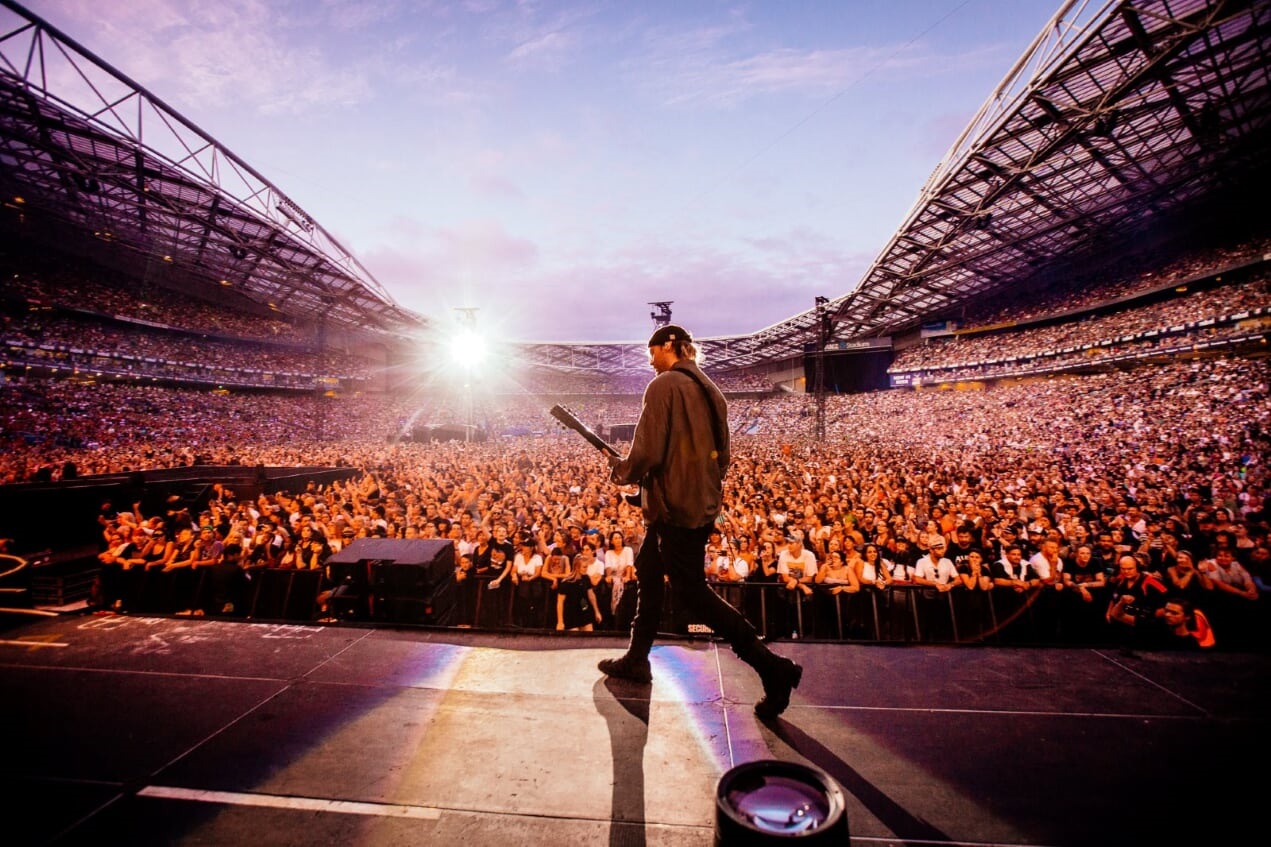 Yesterday's Fire Fight Australia stadium show raised over $9.5 million for bushfire relief, with more donations expected to follow when the concert is televised in the US and UK in the coming days.

The benefit, staged at ANZ Stadium in Sydney, saw 75,000 punters pack the venue out for performances from the likes of Queen + Adam Lambert, Alice Cooper, 5 Seconds Of Summer and Amy Shark.

“What a day and what a night it has been," TEG CEO Geoff Jones said.

"Our huge thanks are owed to the 23 artists and bands and to the many companies and people who donated their time and services to make Fire Fight Australia happen.

"It has been an enormous effort from the music industry to pull this concert together in five weeks and we are just so proud of what has been achieved through our collective effort."

TEG DAINTY President and CEO, Paul Dainty added, “We are overjoyed at the response from all of the fans here tonight at ANZ Stadium in Sydney and around the world. From the first conversation with Queen’s manager, Jim Beach, the band’s immediate response to support this amazing event was what set everything in motion.

“We want to give a special shout out to Celeste Barber for hosting this historic event, she has been one of the greatest supporters and we thank her.

“People can continue to donate and purchase the official Fire Fight Australia T-Shirt online with 100% of proceeds going to the fundraising efforts.”

"Because international broadcasts will run until mid-May, and we intend to keep accepting donations until then, it will take some time to provide final totals.

"We have engaged Deloitte to review our accounting and provide a post event report detailing revenues, expenses and confirmation of the final donations to the various charities."