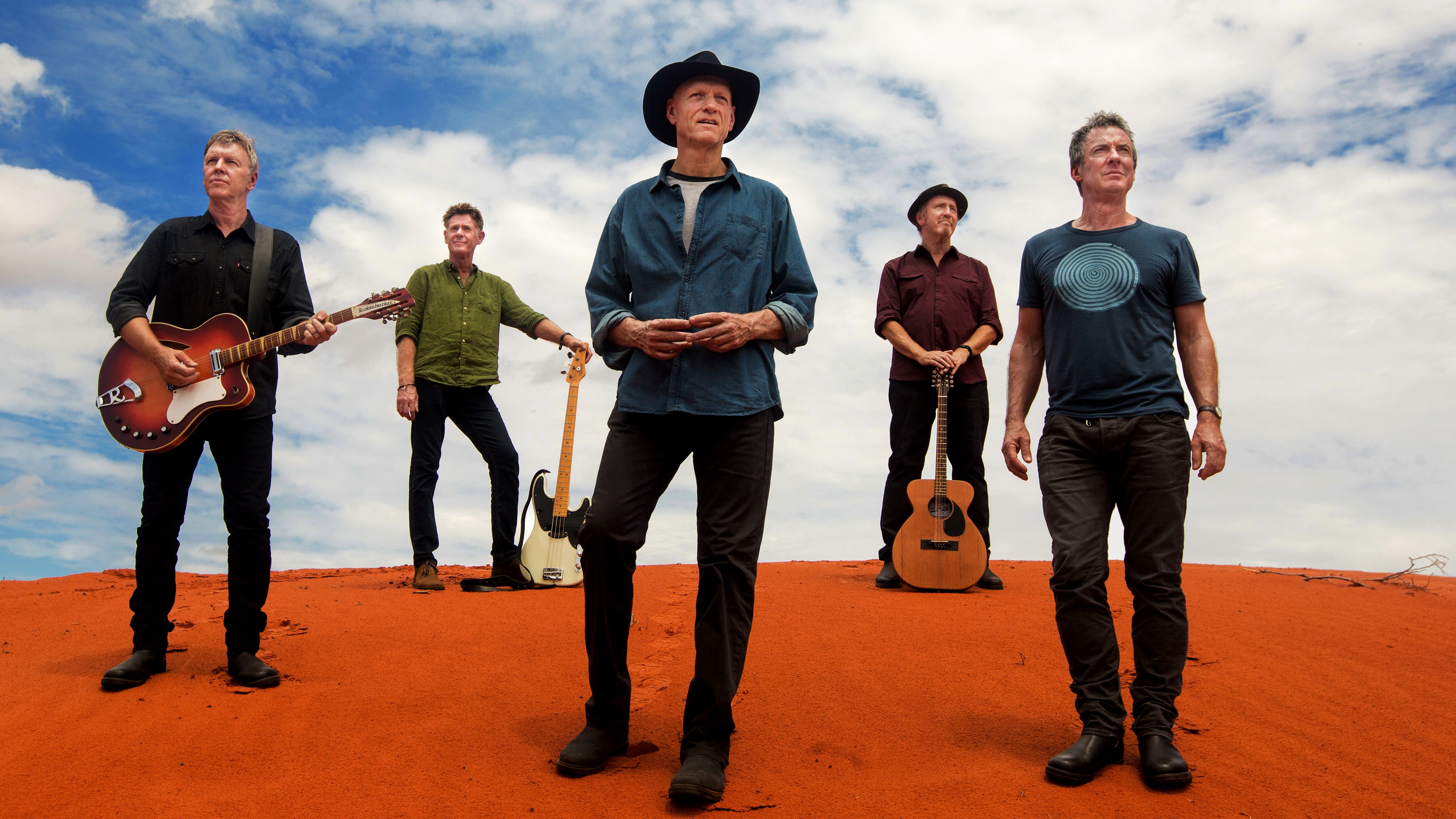 Midnight Oil have announced today that they will release their first new music in almost 20 years this year followed by Australian and international headline shows.

The legendary Aussie outfit revealed the news in a statement today, confirming that a collaborative mini album with First Nations artists will be released mid-year, following by the band's first studio album since 2002's Capricornia.

"After coming home from Europe via Birdsville in mid-2019 we started recording new music together for the first time in nearly two decades. Our mate Warne Livesey travelled from Toronto to Sydney to produce these sessions just as he did on Diesel & Dust, Blue Sky Mining and Capricornia. It felt good to be back in the studio, and intriguing to see where it all ended up," the statement reads.

"We had over 20 songs we wanted to record and eight of them shared a strong focus on the issue of indigenous reconciliation, so we invited some of our First Nations friends to collaborate with us in various ways on each of these eight tracks. Our collective work will be released as a mini-album called The Makarrata Project in June/July."

It continues, "Then toward the end of the year we'll release a new Midnight Oil album which is currently at final mixing stage. This completely separate batch of material deals with various lyrical themes including climate chaos, no surprise after the mega fires we’ve just experienced in Australia. We plan to follow the album with lots more Australian and international touring across late 2020 and early 2021."

Midnight Oil laid out plans in 2019 to release new music last year on the back of the hugely successful 2017 world tour.

"We’ve been talking about recording again for years but The Great Circle Tour in 2017 was such a positive experience that it made us even hungrier to get back to making new music together," drummer Rob Hirst said at the time.

"It’s a bit early to know what might come out of it yet - we’re just looking forward to getting back into that creative mode.”