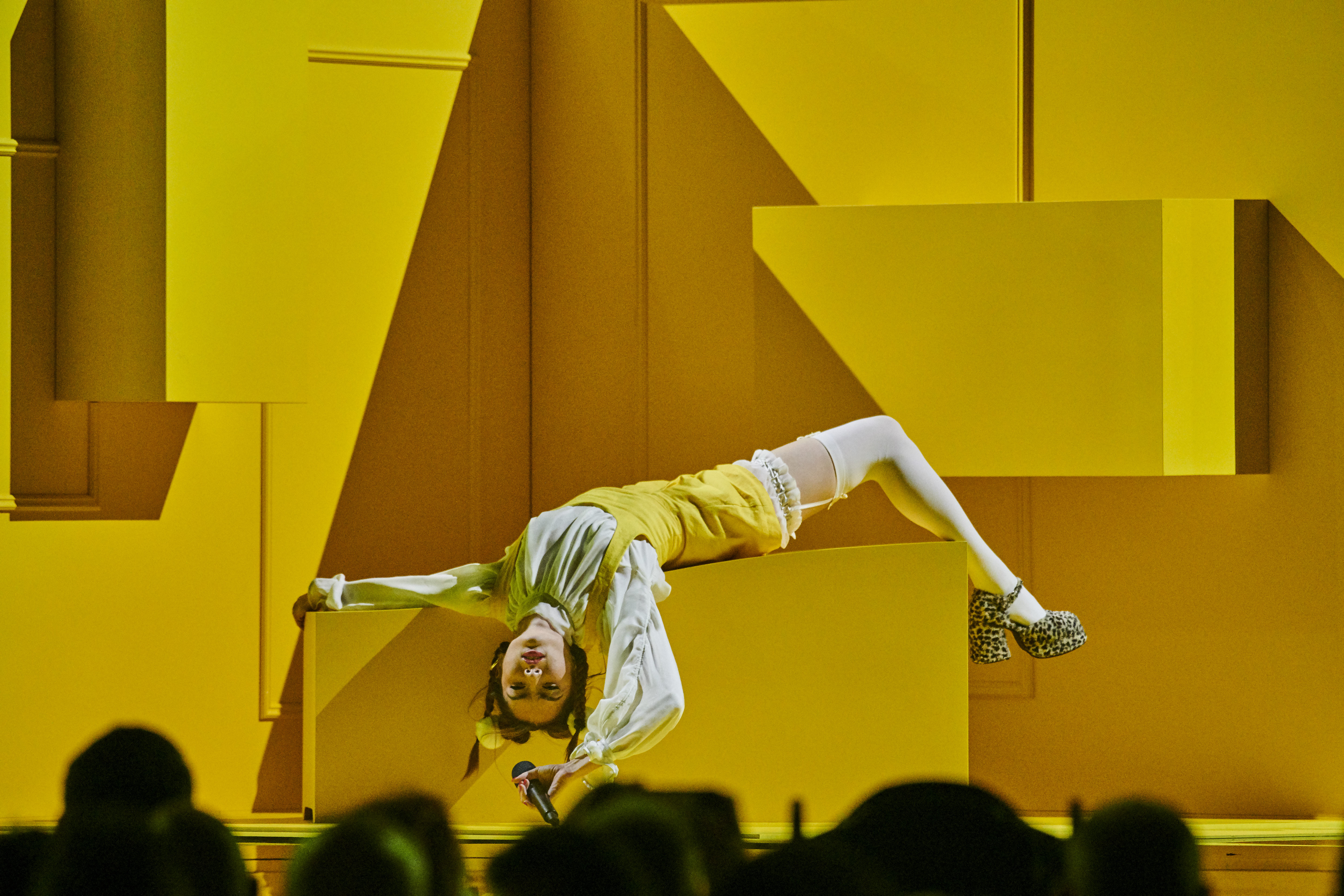 Jaguar Jonze (real name Deena Lynch) certainly impressed with her performance at Eurovision - Australia Decides at the weekend but the gig certainly took its toll.

The Brisbane-based artist has since revealed that she actually dislocated her shoulder in the opening verse of her track Rabbit Hole when performing at the Gold Coast event, which was held to decide the Australian representative for this year's Eurovision with Montaigne taking out the spot.

Despite the injury, Lynch describes the whole experience as "surreal".

"To be honest, I don’t think I’ve even had a chance to process it," she told The Music today.

"The band and I had to fly out of the after party with no sleep into torrential rainy Sydney and do another gig we had booked before all of the Eurovision - Australia Decides opportunity came about.

"I know I’m a little bit of a steamroller on stage but I actually ended up dislocating my shoulder for a split second early on in the song. Out of all the wild movements I do, it was at a time when I was performing a simple movement. It popped out and I remember thinking - 'Oh my gosh, Deena, I can't believe this is happening on your debut live national TV performance.'

"You can actually see that I was wanting to come up but I had to stay in that position a little while longer, put my arm back out and it luckily clicked back into place. Adrenaline took over and I pushed through. Look, the thought of anything happening on live TV is enough to push me through. I’m a fighter and I was deep in my personal moment with Rabbit Hole.

"I think it ended up adding a more angsty, intense flavour to that particular performance as the pain was felt physically and emotionally too," she laughed.

"I’m paying for it now but ultimately, I’m grateful I had that whole experience. I look back at my last few months and can’t believe the growth I’ve had as an artist.

"When I did the Like A Version with Hermitude last year in November, I was so, so, so, so scared of doing that on national radio. 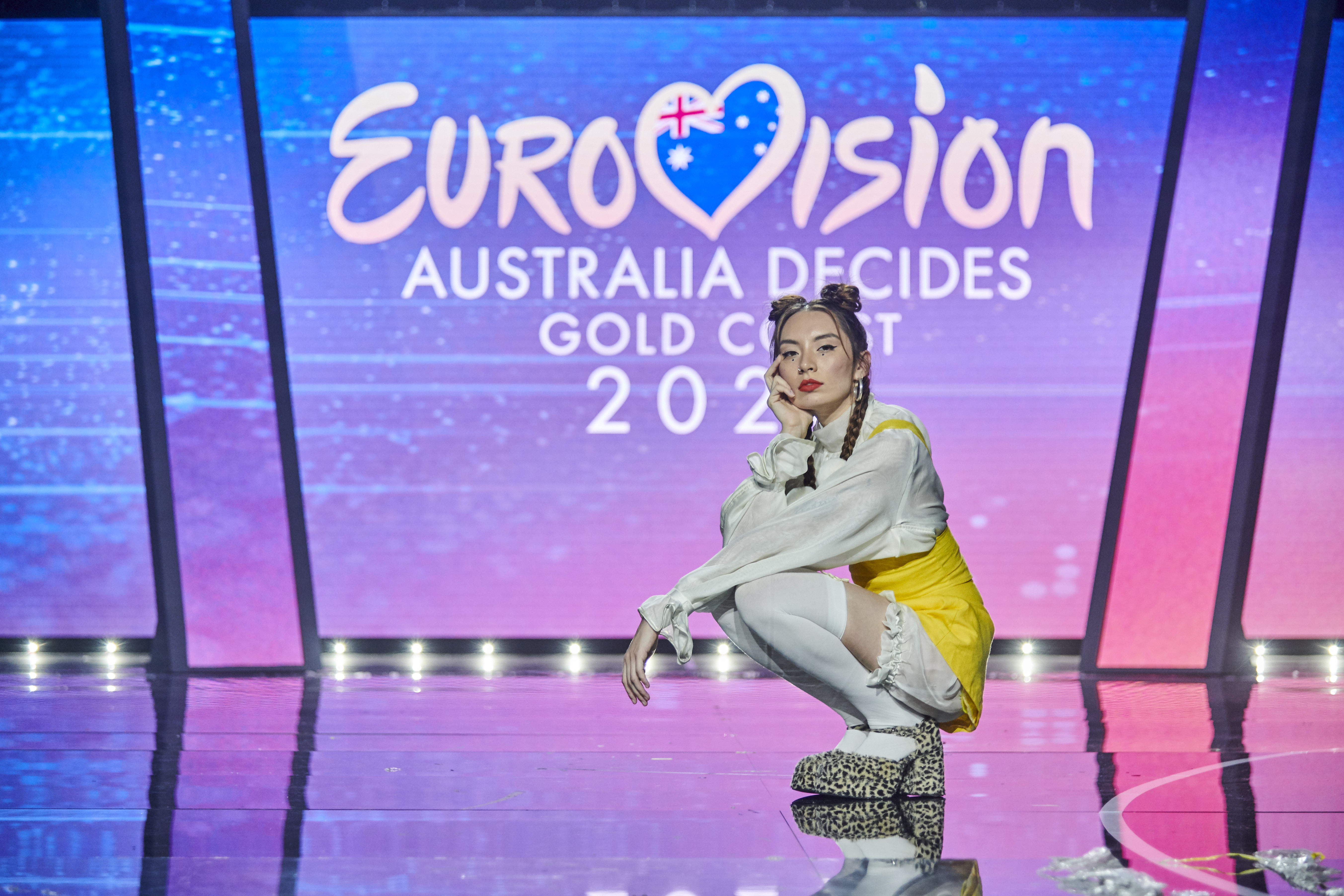 "I was so scared of doing my first big Australian festival performance at Falls Festival on New Year’s Day this year. Then on the weekend I performed live to not only the biggest room I’ve ever played in with 3,500 people, but on camera to millions.

"That hasn’t quite sunk in yet with me but I am just so appreciative that Australia believes in my artistry enough to give me the opportunities to experience and push boundaries so that I can be more and create more.

"A dislocated shoulder is nothing because I got to play with my wildest imaginations as an artist," continued Lynch.

"The visuals, lighting, set design, outfit, having my band perform with me etc. are all the elements of the Jaguar Jonze mind that I got to really play with and show to Australia. I also made lifetime, talented friendships that I’ll cherish forever. I’m really grateful."

Eurovision - Australia Decides is available to watch via SBS On Demand. Find out more about Lynch and her work here, and find out all the info on her upcoming shows at theGuide.