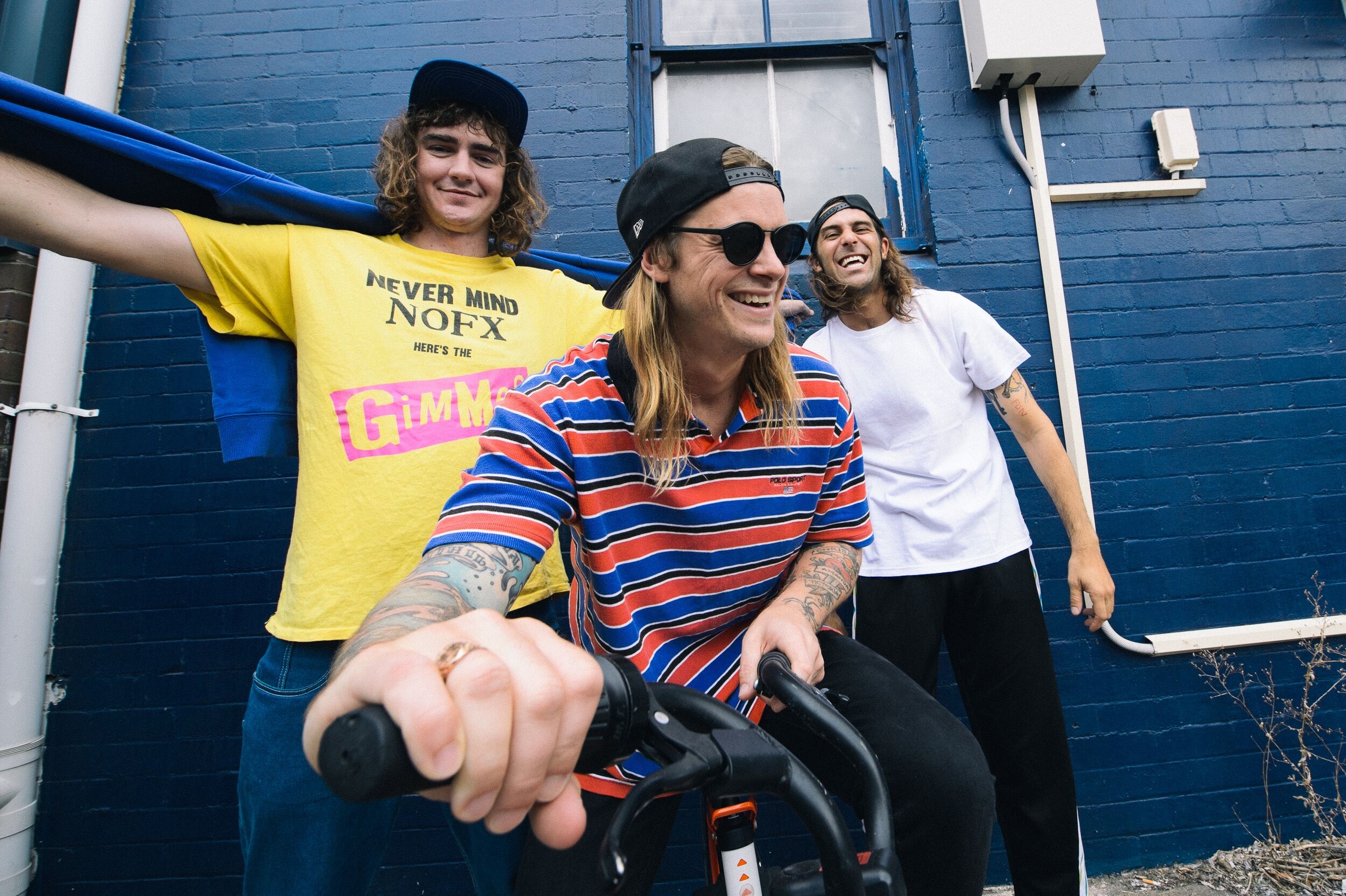 Call it coincidence, call it magic, either way 420 has an interesting part to play in this week's ARIA charts.

As predicted in the midweeks, Aussie favourites Dune Rats have scored their second straight #1 Aussie album with Hurry Up & Wait, on the back of 2017's The Kids Will Know It's Bullshit. Meanwhile, Sydney rapper Chillinit has breezed past top five predictions to place at #2 with his second record, The Octagon.

The connection? Both acts made separate in-store appearances around the country this week at 4.20pm where bongs may or may not have been signed (spoilers: bongs were definitely signed). So apparently that's how you land at the top of the charts. Talk about smoke... and mirrors.

Over on the Singles chart, The Weeknd has held top spot with Blinding Lights, beating Dua Lipa's Don't Start Now at #2 and Tones & I's Dance Monkey at #3.