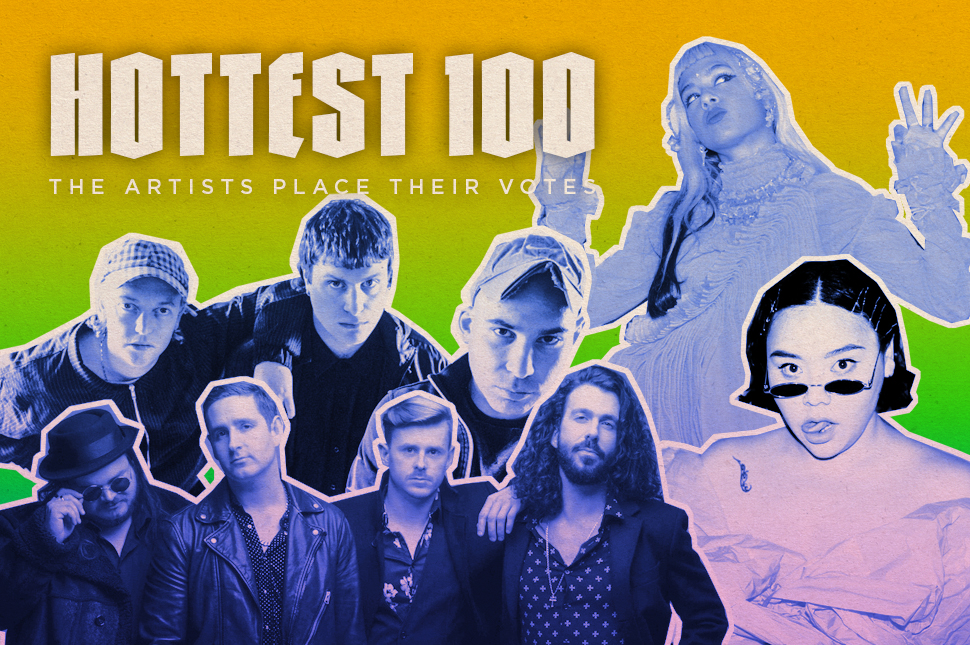 Now just a day out before the Hottest 100 officially kicks off, some of Australia's favourite acts are weighing in on who they think will win this year's countdown.

Artists and bands including Kingswood, Ecca Vandal, Bad//Dreems Johnny Took (DMA'S) and Northeast Party House have thrown their tips in ahead of a massive fundraiser tomorrow.

Kingswood have teamed with St Kilda's The Saint Hotel to throw tomorrow's Hottest 100 party, Hot Tracks & Fat Stacks, with all proceeds being put towards raising money for bushfire relief which will feature DJ sets from the above acts as well as British India, Gen Fricker, Hayley Mary, Kira Puru, Mimi and Slum Sociable.

So, before all the action kicks off from midday tomorrow, we asked all the acts on the line-up just who they think will hit #1...

I mean, it’s gotta be Tones or Billie [Eilish], both were inescapable this year. I guess you gotta cheer on the Aussie, so go Tones! Would be great to see an all female top three, or top five even!

The Chats - just too bloody mullet-y, catchy and bratty to deny in any form. Plus, they’re still doing planking.

Dance Monkey, 'cause it was huge.

I've got my money on Bad Guy taking it out. It's a song that has been huge all year. Billie has such widespread appeal and acclaim, I don't think Dance Monkey, even with it's absolute meteoric rise, will be able to top it.

I think Dance Monkey will win and why shouldn’t it? It’s the success story of the year, was heard everywhere and is a really well crafted song. Denzel Curry’s Like A Version was a mad performance - and I’m glad it introduced a new generation to Rage Against The Machine - but Dance Monkey is more of the moment.

Dance Monkey will I guess, because it’s ridiculously huge. I have a hope that Silver by DMA’S gets the silver medal 'cause it’s beautiful and that would be poetic.

It’s a mugs game guessing who will take it out, but since the Hottest 100 has literally never been won by a solo female artist, I’m just gonna say that all of my hope and votes go to any of the solo women contending for top spot, namely Thelma and Tones but also Mallrat, Billie Eilish and G Flip.

Would love to see The Jungle Giants’ Heavy Hearted take it out. It’s an absolute HEATER.

Tones & I come onnnnn! I hope she hits the billion Spotify plays before she wins!

My hot tip to win is Arnold Schwarzenegger's Pump It Up (The Motivation Song). Who would’ve thought an ageing Austrian movie star would create the summer banger we didn’t know we needed?

For more details on the Hot Tracks & Fat Stacks fundraiser, check out theGuide.