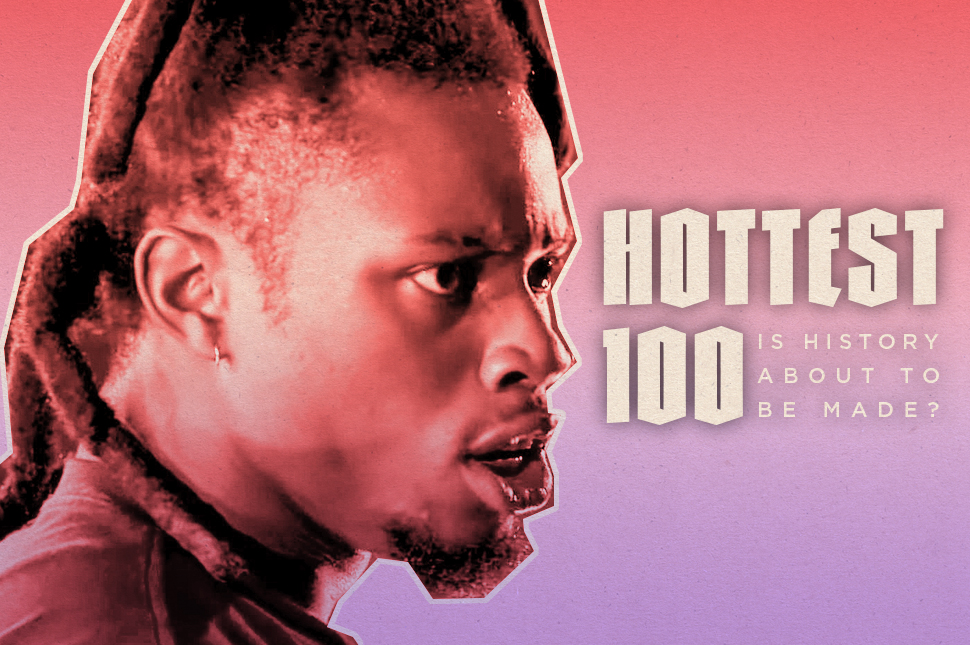 One of the hot favourites on this weekend's Hottest 100 could make history if it is successful in taking out the #1 spot.

Denzel Curry's Like A Version cover of Rage Against The Machine's Bulls On Parade is heavily tipped to come out on top on Saturday's countdown, which has broken the record for the number of votes, and if so, it would mark the first time in Hottest 100 history that a cover track and a Like A Version performance hits #1.

Only a handful of covers have reached the Hottest 100 top ten in its 30 year history... and yes, there really was a year where Tom Jones got in.

Check them out below.

On that note, the fan-favourite DMA'S cover is the highest-ever charting Like A Version song in history, though there have been plenty over the years.

Curry has a very real chance at making Hottest 100 history this Saturday... only time will tell if can get the win.