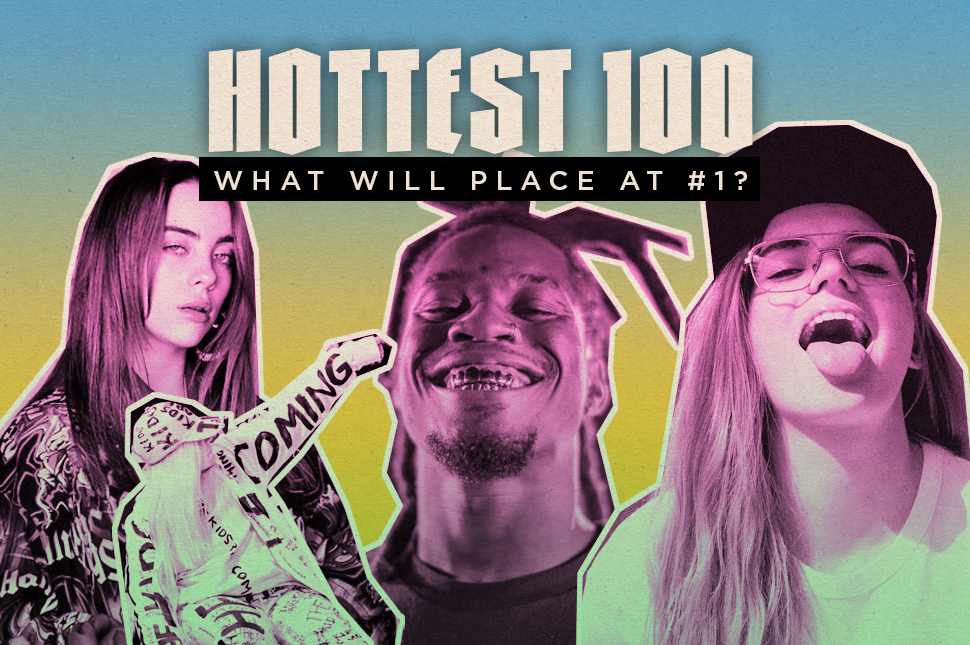 We won't know until Saturday just how the triple j Hottest 100 plays out but these predictions could be a good indicator of what the annual countdown will look like.

Now that voting has officially closed, "the internet's most accurate prediction" of the Hottest 100, Warm Tunas, based on screenshots and hashtags posted to social media, predicts that Denzel Curry's Like A Version cover of Rage Against The Machine's Bulls On Parade will take out #1 and bear out Billie Eilish's bad guy at #2, Mallrat's Charlie at #3, G Flip's Drink Too Much at #4 and Thelma Plum's Better In Blak at #5.

While the Warm Tunas predictions of course are no sure thing, it should be noted that its 2018 tips correctly predicted Ocean Alley's Confidence would place at #1 and that Kendrick Lamar's HUMBLE. would top the list in 2017.

Check out the top ten predictions below and see the full 100 here.

It comes just a week after triple j revealed that "after #1 and #2 jostled for the top spot, the #1 song is now cementing its lead".

READ MORE: Another Decade Ends For Hottest 100: The Songs That Defined The Preceding Decades