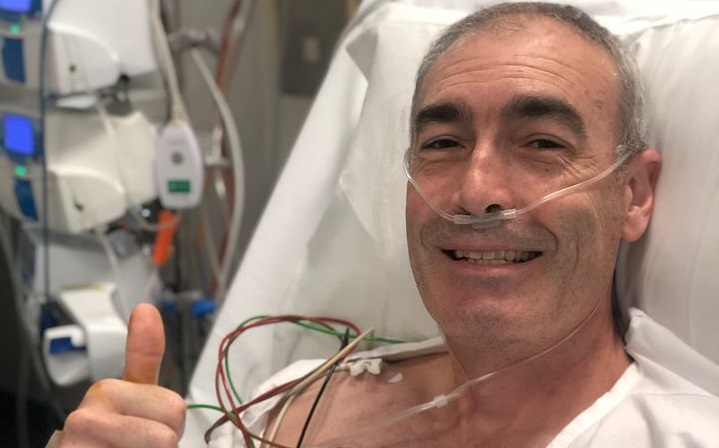 The Wiggles' Greg Page is recovering in hospital after suffering a cardiac arrest during a bushfire benefit show on Friday night.

As reported by ABC, the original members of the children's group - Murray Cook, Anthony Field, Jeff Fett and Page - were exiting the stage at the Castle Hill RSL ahead of the encore, which was also being live streamed, when Page collapsed.

One person who attended the show told The Music that a few stage hands immediately rushed to Page as The Wiggles were leaving the stage.

The Wiggles performed the Hot Potato encore without Page.

Medics were "immediately" called to the venue where Page was taken to Westmead Hospital.

In a statement issued on The Wiggles Facebook page this morning, it was confirmed Page suffered a cardiac arrest.

"He has had a procedure and is now recovering in hospital," it reads.

"We appreciate your kind messages and concern."

After forming in 1991, Page retired from The Wiggles in 2006 after being diagnosed with orthostatic intolerance, which can cause fainting and fatigue.

After a brief return as the Yellow Wiggle, Page again retired in 2012.

The Wiggles have since confirmed their second show at the Castle Hill RSL tonight will go ahead.

"Greg and his family are so grateful for all the messages of love and support from⁣ fans around the world." the group said today.
⁣
"Greg’s main concern was that the show tonight should go on.⁣
⁣
"Let’s raise the roof tonight and do it for Greg whilst raising funds for the Australian Red Cross and WIRES."