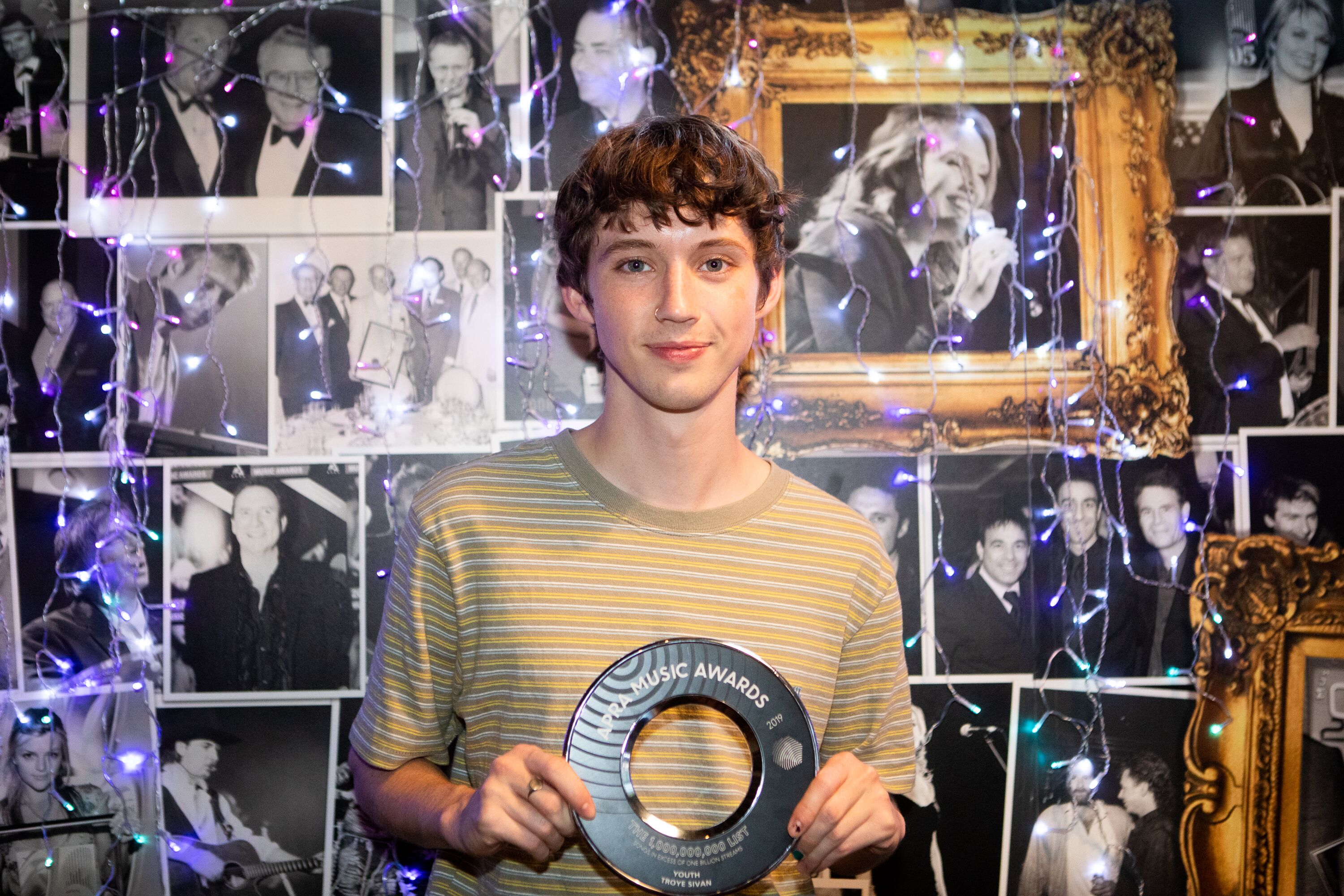 Aussie pop star Troye Sivan and producer Alex Hope have been inducted into APRA AMCOS' exclusive The 1,000,000,000 List club on the back of global hit song, Youth.

The 2015 track, the first single from Sivan's debut record Blue Neighbourhood, recently hit over one billion streams and sees Sivan and Hope join a club that already boasts acts like Flume (Never Be Like You), Dean Lewis (Be Alright) and most recently Starley (Call On Me).

"This song was the one that absolutely changed my life,” Sivan said of the honour.

Hope added, “I couldn’t have done anything without a large group of people supporting me."

As well as reaching #1 on the US Billboard Dance Club Songs chart, Youth also won Song Of The Year and Best Video at the 2016 ARIA Awards.

“This award was created because a billion streams is an enormous achievement, an important industry milestone, and one very deserving of acknowledgement in today’s globally competitive music landscape," APRA AMCOS Chief Executive Dean Ormston said.

"Co-writing is an enormous opportunity for our members, and can open up many doors internationally for Australasian songwriters."