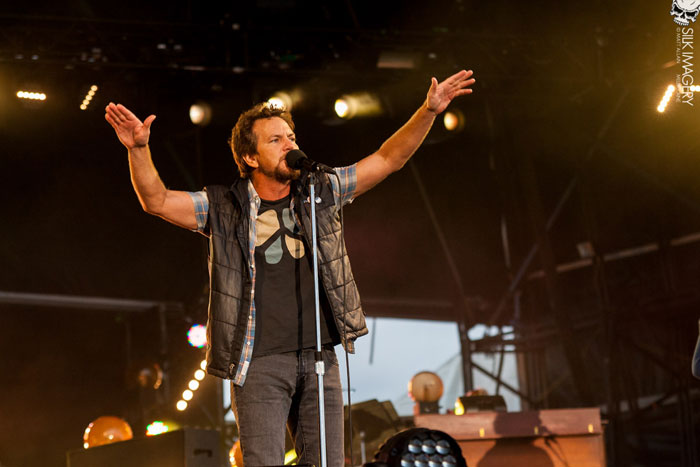 The legendary US band revealed that the album, dubbed Gigaton, will be released on 27 March. The album comes after much speculation, following a social media campaign featuring the word 'Gigaton' and the album's artwork (an image of a Norwegian ice cap taken by Paul Nicklen) were teased over the weekend.

"Making this record was a long journey," said guitarist Mike McCready of the album.

"It was emotionally dark and confusing at times, but also an exciting and experimental road map to musical redemption.

"Collaborating with my bandmates on Gigaton ultimately gave me greater love, awareness and knowledge of the need for human connection in these times."

The album's first single, Dance Of The Clairvoyants, is set for release in the coming weeks with no exact date confirmed.

This is their first album to be released since 2013's Lightning Bolt, which picked up a Grammy Award for Best Recording Package.

Pearl Jam kick off a US tour in support of the album in March, with no word on Australian dates as yet. They last toured Australia as part of the final Big Day Out shows in 2014.