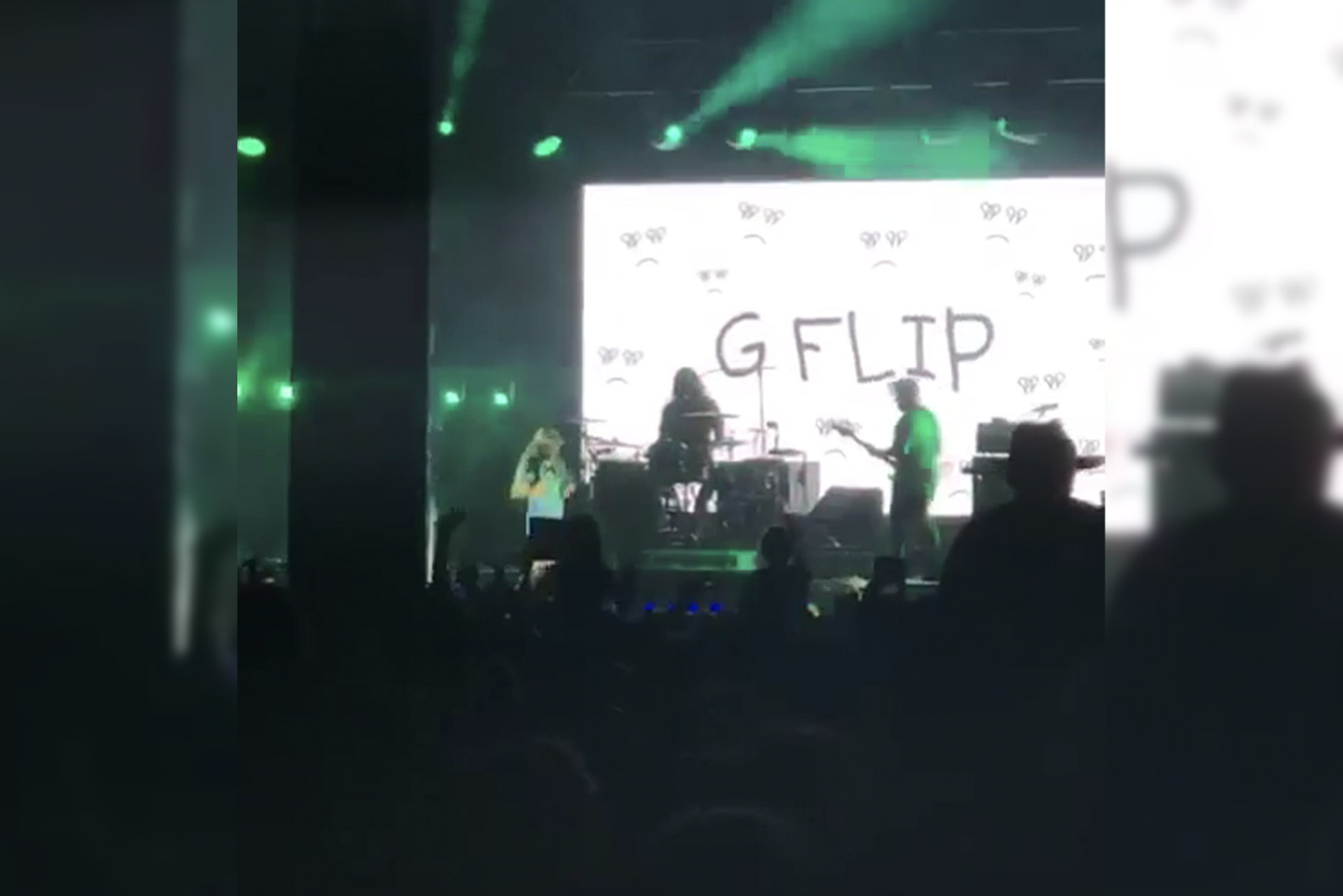 Punters at the Byron Bay leg of Falls Festival were treated to a soaring cover of Jet’s Are You Gonna Be My Girl, courtesy of G Flip and a very special guest.

The rising singer-drummer brought Spiderbait’s Kram onstage during yesterday’s set and the duo smashed out the classic Jet song, following their much-talked-about performance of the track last year at triple j’s One Night Stand.

Of her Byron Bay performance, The Music reviewer Alasdair Belling noted: “G Flip seamlessly combined hip hop, pop and ballad elements in a firepower set that proves she is one of the biggest drawcards available for summer festivals.”

Check out a clip of G Flip and Kram’s cover below and keep an eye out for The Music's full Falls Festival coverage this week.