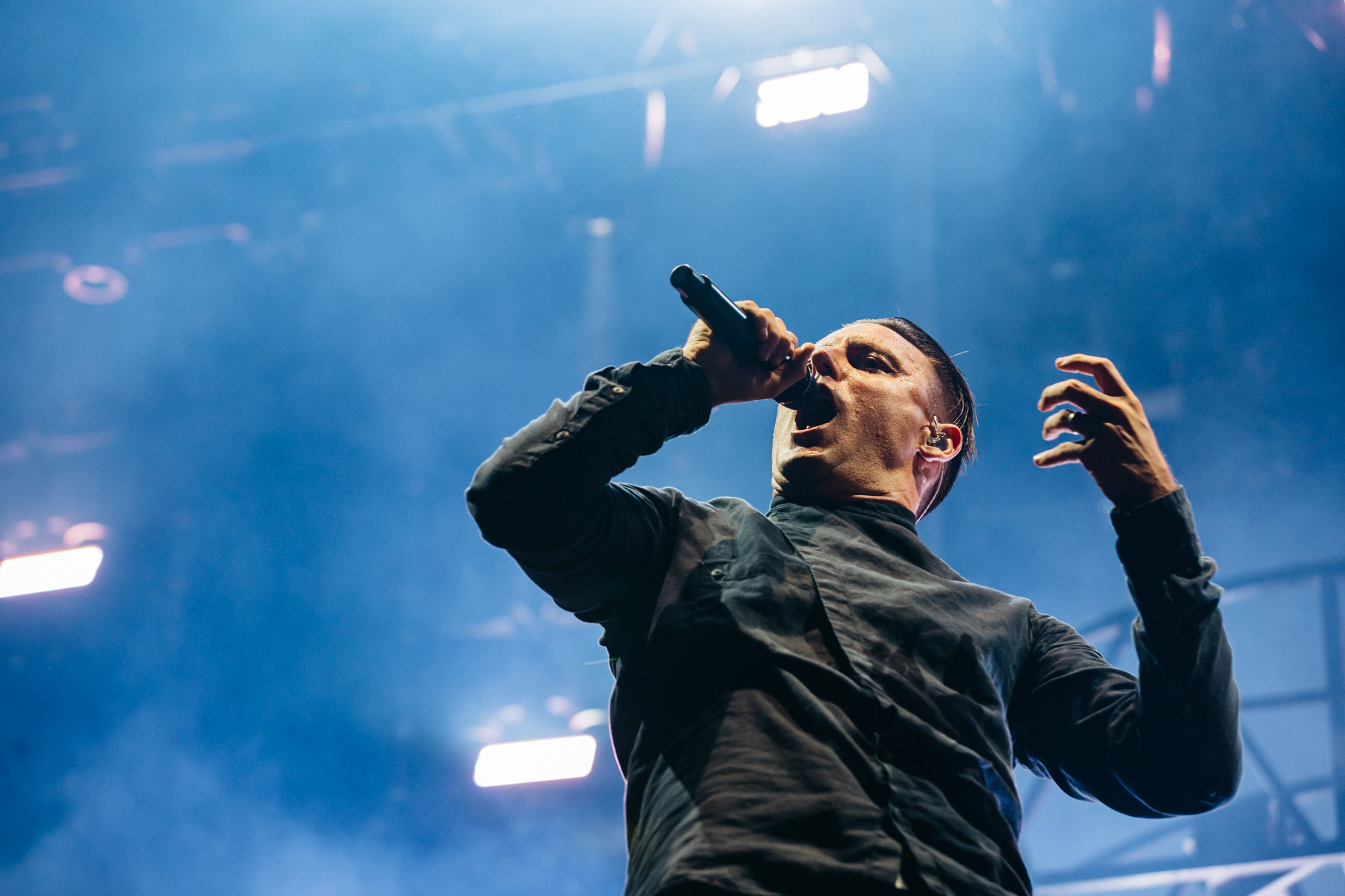 Despite blowing audiences across the country away at this month's Good Things Festival and announcing their first-ever Australian arena tour in 2020, you shouldn't be holding out for new Parkway Drive music anytime soon.

Appearing on The Green Room with Neil Griffiths podcast backstage at Good Things in Sydney, frontman Winston McCall said the forthcoming Viva The Underdog documentary will be the only material the Byron Bay band will release next year.

"It's gonna be a little while before we do the next music from Parkway just because we want to put time and effort into it," McCall told host Neil Griffiths.

"Everything thus far has been dictated by circumstance basically and having to have an album out or not having the experience to be able to create what we want to create... but now we're ten years older so it's not the same thing."

McCall told Griffiths Parkway Drive want to be "out of that cycle" of releasing new albums with short turn arounds.

"As far as the writing group goes, we have a lot of ideas that we want to put into record but we just know that if it's like, 'Yeah, we'll crank it out in a month', it's gonna be crap. We just don't release records like that," McCall said.

"If something is not good it just does not see the light of day, so I know it's gonna take time."

Stream the full Good Things episode (which also features chats with A Day To Remember and Violent Soho) on Spotify, Apple Podcasts (below) or SoundCloud.

Parkway Drive's Australian arena tour kicks off next June. For a look at all of the dates, head over to theGuide.