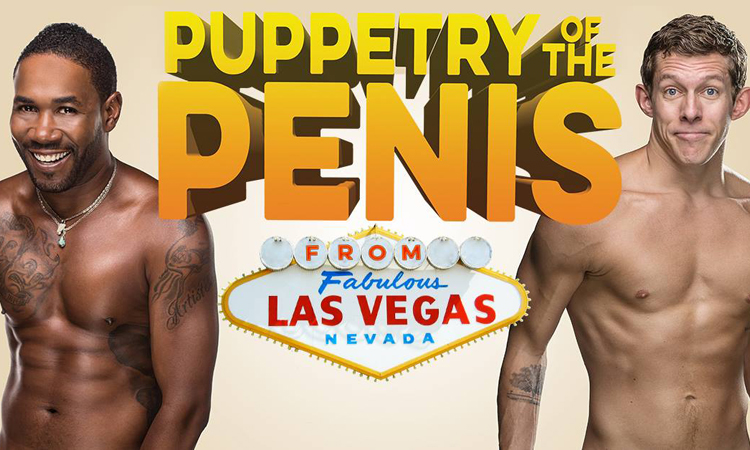 Puppetry Of The Penis continues to be one of Australia's greatest theatrical exports, and has now played to most of the Western World.

It has been hosted in over 35 countries and performed in 6 languages... 2 near naked men (they wear shoes) manipulate their nether regions using the Ancient Art of Genital Origami, providing the audience with a hilarious array of shapes and impersonations which will be projected onto a huge video screen.

It will feature all of your favourites, including the Eiffel Tower, the Lochness Monster, the Pelican and of course, the iconic Hamburger!