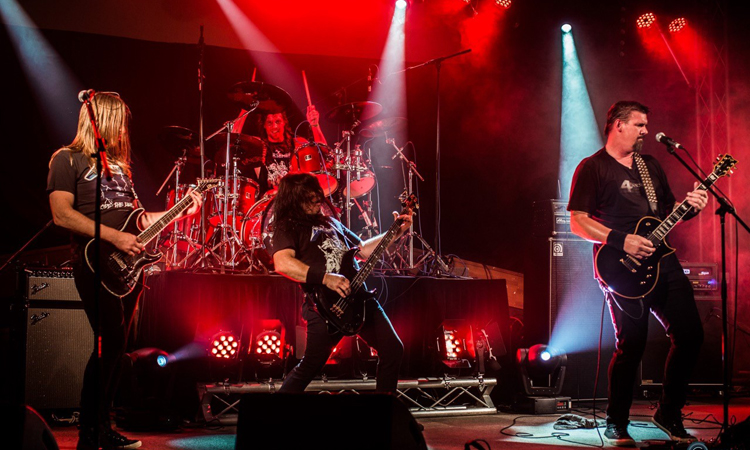 Hardwired... to Self-Destruct is the upcoming tenth studio album by the greatest Heavy Metal band in the world, Metallica. It will be released as a double album on November 18, 2016. It will be 's first studio album in eight years since Death Magnetic (2008), marking the longest gap between two studio albums in the band's career.

To celebrate this release, Metallica Tribute Band The 4 Horsemen are throwing a party of epic proportions at Metropolis Fremantle on the release date of the album, Friday November the 18th at 8pm.

The 4 Horsemen are the ultimate Metallica Tribute Band giving audiences a night to remember with inspired performances of Metallica's greatest anthems. With spot on, brutal "Hetfield" vocals and searing guitar solos, fans can expect a truly great show honouring the greatest heavy metal band in the world, Metallica!!!

To start the evenings events, Black Sabbath Tribute Band The Sorcerers will gather once more to play Black Sabbath's groundbreaking Paranoid album in its entirety, plus other gems from their early 70s period.

It's often said that Black Sabbath created the template for heavy metal with their self-titled debut, but with their second album Paranoid (released the same year) they perfected it. With bone-crushing anthems like Iron Man and War Pigs they forged a musical landscape still influencing countless hordes to this day.

Metropolis Fremantle is well known for its amazing sound and lighting production. Be prepared for a hard thrashing night of classic Metallica, and Black Sabbath, played the way it should be! So let's hit the lights and get LOUD!!