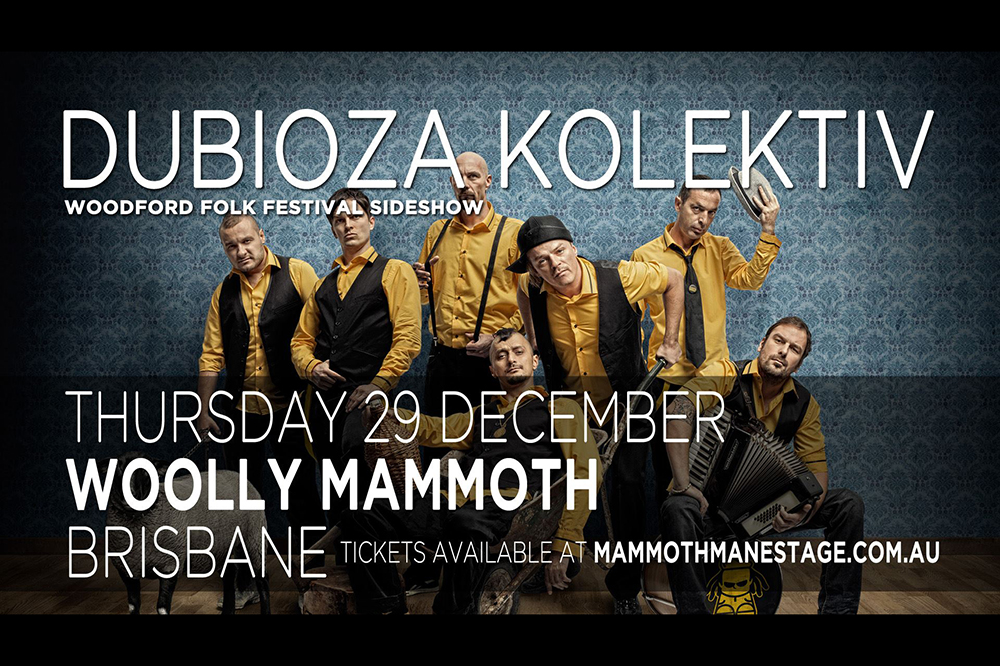 They’re rebellious and a little revolutionary, they’re terrific and great live. And they give their music away for free. Australia, meet Dubioza kolektiv! The balkan boys have just been announced as part of a huge Woodford Folk Festival lineup for 2016, and will be adding a few sideshows to the mix. At Woolly on Thu, Dec 29!

Melding influences of ska, punk, reggae, electronic, hip-hop with traditional Balkan flavours, and presenting traditionally no-go topics in politically incorrect fashion, Dubozia Kolektiv (Doobie-Oza Collective) are a band quite like no other.