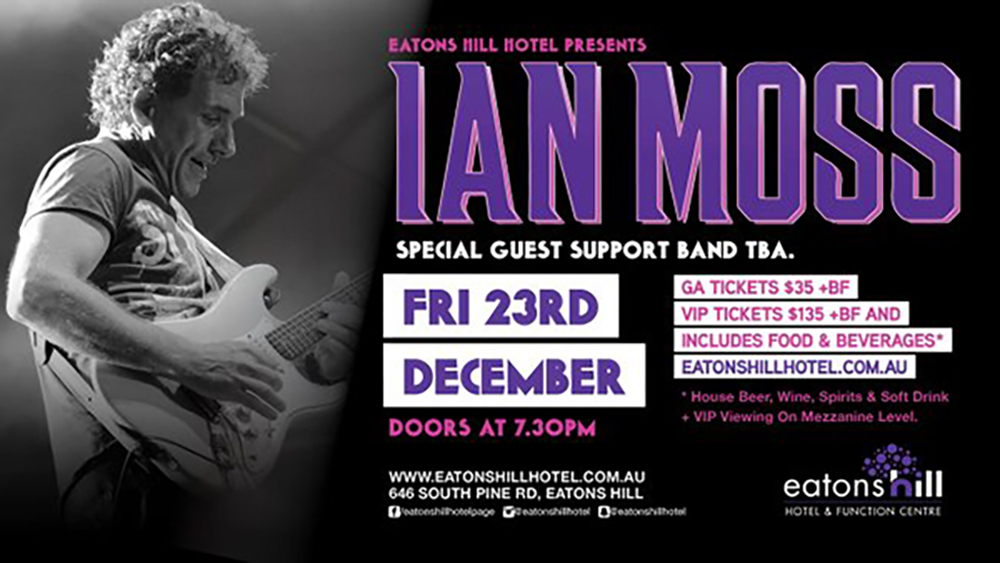 On Friday 23 December one of Australia’s most iconic musicians, Ian Moss (Cold Chisel) will be coming to the Eatons Hill Hotel’s Grand Ballroom for one incredible show to finish off 2016 with a bang.

Respected as one of the best in the business, Ian Moss delivers an unforgettable sound and is responsible for smash hits like Tuckers Daughter, Choir Girl, Bow River, Telephone Booth and many more classics.

Going from strength to strength, the household name famously known not only as a telling soloist on guitar but especially with his silken voice, ringing with clarity and resonating with pure soul.

While primarily recognised as an axeman of unusual tenacity and sweet melodic sensibility, Ian’s distinctive vocal is the essential signature of his soulful, bluesy muse – as it has been since his first tentative foray into music during the early 1970s.