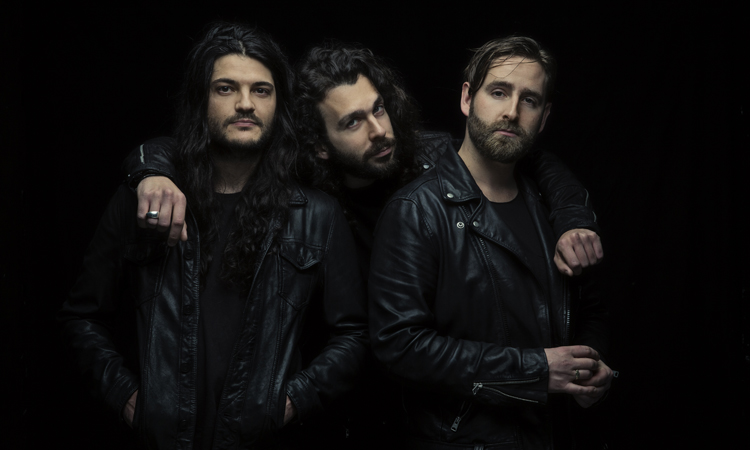 ARIA-nominated, Melbourne rockers KINGSWOOD, known for their signature rock 'n' roll swagger and unstoppable quest for greatness, today announce a string of nation-wide headline tour dates beginning November 2016. The tour will take in nine shows across five states, including up close and personal capital city venues, as well as off the beaten track regional club shows, kicking off with a performance on Friday, November 4 at Chinchilla Event, Fusions on the Field, in Queensland.

These shows offer fans a chance to see KINGSWOOD perform on stages not seen since the early days of their career where they'll be premiering select material off their forthcoming sophomore album. The band's most recent Microscopic Wars album tour (March 2015) saw the band sell out iconic venues across the country, including Sydney's Metro Theatre and the Forum Theatre in Melbourne, and then went on to support Australian rock royalty AC/DC on the nine date Australian leg of their Rock or Bust stadium tour in November 2015, alongside energetic Swedish rock stars, The Hives.

These electrifying shows saw the band play to some of the biggest audiences of their career, playing to 80,000 seat venues like Sydney's ANZ Stadium, to which the band's vocalist/guitarist Alex Laska proudly accepted, "There isn't really much one can say about touring with AC/DC, childhood dreams being realised generally results in a loss for words."

Kingswood members Laska, Fergus Linacre and Justin Debrincat have spent the earlier part of 2016 bunkered down recording the follow-up to their 2014 debut, Microscopic Wars, at the legendary Nashville USA studios: Sound Emporium, owned by musical legend Johnny Cash's producer Jack Clement - a studio that has recorded the albums of many of the greats, from Robert Plant and Cyndi Lauper, to the Alabama Shakes and Pharell.

Microscopic Wars, which was produced by the Grammy Award-winning Vance Powell (Jack White, Arctic Monkeys, The Ractonteurs), was one of the most outstanding rock releases in recent Australian music industry history, selling over 30,000 units, achieving a top 10 debut in the national ARIA charts at #6, and subsequently receiving an ARIA Nomination for 'Best Rock Album'.