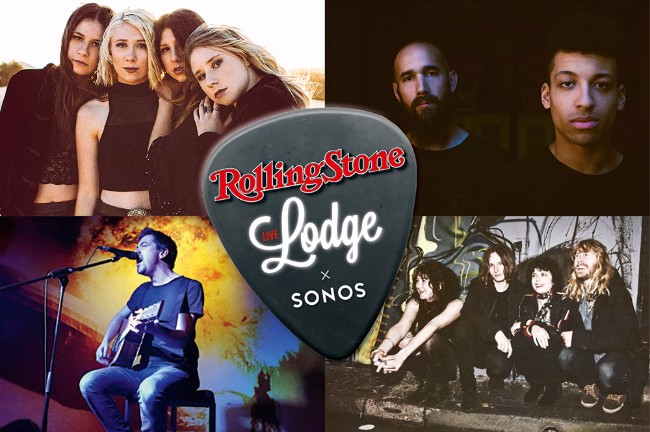 Rolling Stone are thrilled to bring the fourth annual Rolling Stone Live Lodge to Melbourne for a second time in 2016, taking over the Workers Club in Fitzroy for three entertainment-packed weeks from September 21 – October 9. Located on the corner of Brunswick & Gertrude Streets, the Rolling Stone Live Lodge is a complete venue takeover, a living breathing bespoke bar open seven nights a week treating punters to exclusive live performances with a Rolling Stone twist, including artist Q&As and special guest DJs.

Rolling Stone Editor-in-Chief Matt Coyte says, "Our last Live Lodge in Melbourne 2014 was an incredible success so it's great to be back at the Workers Club again this year. We're programming a really diverse range of artists from the well-known to up-and-coming acts, so no matter what you're into there'll be a night just for you. We can't wait to cause some ruckus - come and have a drink with us!"

Following the success of the Rolling Stone Live Lodge in Sydney last year which featured performances from Briggs, Hockey Dad, Abbe May, Boo Seeka, The Meanies and more, the Rolling Stone Live Lodge brings the iconic magazine to life each year, shining a light on both established and up-and-coming local talents in the annual series. Past years have seen the likes of Slash on the same stages as Tonight Alive, Paul Dempsey, Seth Sentry and the 'Future Is Now' alumni Tkay Maidza, Delta Riggs and Thelma Plum. A second artist announcement and special event program for the SONOS Lounge, will be released in the coming weeks.