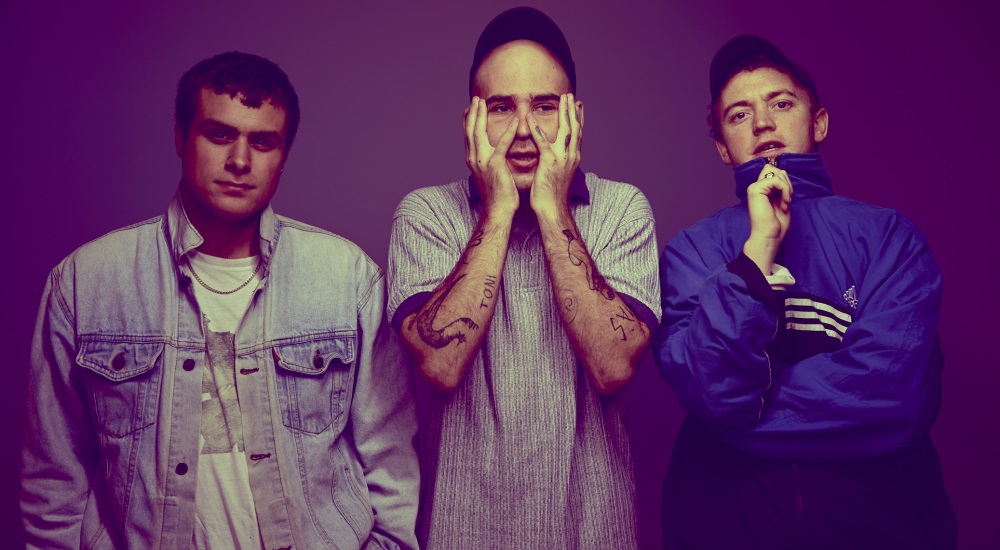 To cap off what has proven to be a huge year for DMA'S, today we're pleased to announce DMA'S will return to home soil this October to play their biggest rooms to date including Sydney's Enmore Theatre, Melbourne's Croxton, Brisbane's The Triffid and The Gov in Adelaide.

Since the release of their brilliant debut album Hills End, DMA'S have not stopped for a second. From playing the coveted secret slot at Glastonbury, to smashing it on the Late Show with Stephen Colbert, to having 'Delete' added to BBC Radio 1 A Rotation - the band have certainly shown the world just what all the fuss is about! They recently released an incredible clip for their current single 'Timeless' - which has been sitting at the top of the most-played songs at triple j for a few weeks running.

"...the euphoria they evoke at this packed show is undeniably special." - NME

DMA'S have been touring virtually nonstop since 2014 - selling out shows in four continents, and playing on the bills of the world's biggest festivals including Coachella, Glastonbury, Lollapalooza, Reading & Leeds, Bonnaroo, Osheaga to name but a few. Locally, their crowds at Laneway were some of the biggest across the circuit and their recent Australian album tour sold out completely with multiple shows in capital cities across the country. Their wall of sound six-piece live setup has sent both crowds and critics into a frenzy and it seems there is no stopping them.

"...DMA'S left a hot, sticky energy in the basement that was hard to shake even once the show was long over. This humble trio from Newtown are certainly here to stay." - The Music

"Across the floor, groups of friends (and possibly even strangers) put their arms around each other for some of the night's loudest sing-alongs." - Tone Deaf

Currently in the midst of the UK and European summer festival circuit, the band will take a little break to return to Australia later this month to play Splendour in the Grass before resuming their UK/EU takeover in August.

Joining the boys on their October tour will be one of the most exciting rock bands in the country - Adelaide's Bad//Dreems - a band renowned for their sing-along anthems, and energetic live shows on songs like 'Hiding To Nothing' and 'Cuffed & Collared'.

Tickets go on sale 9am AEST Monday 11 July - and with the total sell out of their last tour months in advance, It's highly advised to get in as early as possible.