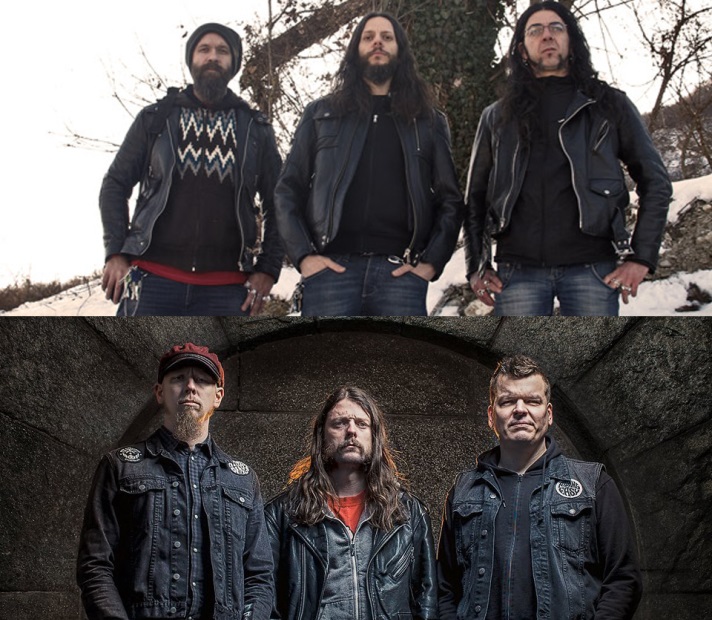 LIFE IS NOISE is proud to announce the first visit to our shores of Italian space doom virtuosos Ufomammut, along with masters of the riff, Swedish three-piece Monolord. These two behemoths will be laying waste to cities across Australia and New Zealand this October in a truly huge doom double-header.

Ufomammut
Their musical vision is one that's so obviously well-honed that they know exactly when to kick the music into overdrive before lulling the listener back into a state of sonic paralysis - The Quietus.

Playing an ear-destroying brand of sludge-filled doom that lurches from brooding slow menace to soul-crushing riff with a decent slab of psych thrown in for good measure, Ufomammut have released a stack of studio albums of unimpeachable heaviness, culminating in last year's Ecate - truly a masterpiece of nuanced doom that perfectly encapsulates the band's career to date.

Ecate is back-breakingly heavy but capable of shifting tonally and temporally with the minimum of fuss. The way that 'Plouton', the album's second and shortest track, violently bursts from the speakers is reminiscent of Old Man Gloom at their most sadistic, whilst 'Temple' is more akin to Electric Wizard in its churning malevolence - Drowned In Sound.

Ufomammut live is a spellbinding voyage of pounding riffs, coming one after the other like some unstoppable juggernaut, but there's enough psych influence here to take the audience on a reality-bending roadtrip through the doom landscape.

1999 seems like millennia ago. That was the year the "space mammoth" was conceived in the quiet hill town of Tortona, Piedmont, Northern Italy. Little did anyone know that from such a small, placid and unsuspecting place could rise one of the heaviest, loudest, most crushing and mighty doom bands to ever stride the earth. A true mammoth. A true beast of crushing aural devastation. One of those bands who has redefined the concept of "heavy" and built an immense legacy on top of that - Cvltnation.

Monolord
Drawing on influences such as Sleep, Sabbath, Windhand, and Conan, Swedish trio Monolord take reverence to the riff to new extremes, with their second record, 2015's Vænir, mixing glacial tempos with hypnotic and otherworldly vocals that coalesce into an album of both beauty and malevolence.

As slow as some of their riffs are, heads have turned correspondingly fast toward Swedish tone constructionists Monolord. They leave little mystery as to why - The Obelisk.

The word "pummelling" quickly comes to mind when thinking of a Monolord show. Expect a savage and relentless feast of slow, loud, brutal volume. Come join the congregation as Monolord worship at the altar of the riff.

The influences of heavyweight masters like Yob and Electric Wizard will be of no stranger to any listener's ear once Vænir oozes through the speakers. And though Monolord sound perfectly at home within the doom/sludge genres, the band manages to have a personality that towers like a black monolith amongst the current generation of doom - Metal Injection.