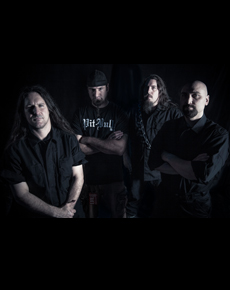 Buy Tickets
One of Australia’s hardest working bands is at it again... Melbourne locals The Smith Street Band have barely stopped to take a breath since the release of their third album, 2014’s Throw Me In The River. Now before heading into the abyss to work on its follow-up, the four-piece have announced they’ll give Throw Me In The River one last run of live shows around Australia, and return to New Zealand for the second time.

Back in early 2015, shortly after two of the band’s biggest Australian tours to date, The Smith Street Band headed out to take Throw Me In The River around the world, touring through the UK, Europe and North America on several occasions, taking on Reading and Leeds Festivals (UK) and Belgium’s Groezrock. Not to mention homecoming performances at Splendour In The Grass, Poison City Weekender and their very own, and aptly titled, I Love Life Festivals in Sydney and Brisbane.

The Smith Street Band kicked off 2016 on the prestigious Laneway Festival tour. They then revisited the small Victorian country town of Forrest, where they recorded Throw Me In The River, to host the inaugural Weekend At The Wonk Festival, paying homage to the town that had treated them so well. In typical fashion, the band didn’t rest there, jetting straight to the US where they’re currently undertaking their first North American headline tour, playing sold out shows in New York, Philadelphia and Boston.

Released to critical acclaim Throw Me In The River landed triple j album of the week and debuted in the ARIA top 20 album chart, scored the band a nomination for ‘Best Independent Hard Rock, Heavy or Punk Album’ at the 2015 AIR Awards, ‘Live Act of the Year’ at the Rolling Stone Awards and took out the gong for ‘Best Live Band’ at The Age Music Victoria Awards. Single Surrender came in at #69 in triple j’s Hottest 100 and their 7” release Wipe That Shit-Eating Grin off Your Punchable Face donated all its profits to the Asylum Seeker Resource Centre.

No stranger to top notch supports, the Australian leg will see The Smith Street Band joined by great friends and Tasmanian label mates Luca Brasi, touring in support of their brand new album If This Is All We’re Going To Be. Also on the bumper bill will be MC and multi-instrumentalist Joelistics and Melbourne’s Jess Locke Band.

This June, join relentless road warriors The Smith Street Band in celebrating and saying farewell to Throw Me In The River around Australia and New Zealand.