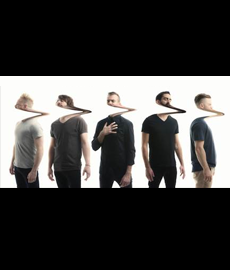 The ARIA Award winning, notoriously creative quintet have been sequestered away in a studio somewhere writing the follow up to their gold selling #1 album Asymmetry. Western Australians have the chance to hear some of this new material played live for the very first time, in intimate club settings.

These will be the band's first Australian shows since their sold out 2015 Themata album tour. Northern WA will get its first visit since the 2012 Melodius Frescas tour, before the band head to South Africa for their first ever shows on that continent. Upon their return the 'Vool will get sweaty crowds riled up in Bunbury, following by Perth, where they'll be giving the PA at brand new venue Badlands a run for its money.

Get in fast WA, Karnivool are itching to get back on the boards. Tickets on sale now, and they will not last long.