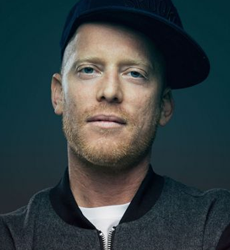 Buy Tickets
Sydney MC, producer and co-founder of Elefant Traks, Urthboy — Tim Levinson, that is — has announced a huge national run in support of his shiny new record, The Past Beats Inside Me Like A Second Heartbeat.

Having come in at #7 on the ARIA Albums Chart, Urthboy's fifth solo record will be showcased in all its glory when he pitstops around the country from 27 May until 26 June.

Kicking off in Melbourne, Urthboy will stop by Hobart, Maroochydore, Brisbane, Canberra, Katoomba, Sydney, Newcastle, Adelaide, Perth and Freo with L-FRESH The LION and Okenyo on the journey with him.