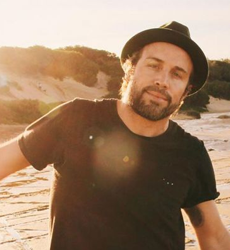 Buy Tickets
The Beautiful Girls frontman Mat McHugh is looking to bounce back from injuries sustained last year with a run of solo headline shows around the country this May and June.

While McHugh had plans to tour Australia back in September last year, that jaunt was aborted after a few shows following "extensive neck and back injuries" that left the veteran muso unable to even play an instrument.

"I'm still on the road to recovery but I'm feeling a lot better than I was five months ago," McHugh said in a statement. "I've been working hard every single day and changed my lifestyle a lot so the whole experience has turned into a positive."

Now, with a successful stint on TBG's Summer Sound System tour behind him — albeit as vocalist only, due to persistent risks of playing an instrument — McHugh is shaping up to complete his first solo headline Aussie run in a few years in just a couple of months, and he's not half-arsing it by any stretch.

McHugh will be showcasing most recent album Waves on the impending jaunt alongside faves from his previous efforts Love Come Save Me and Seperatista!.

"I'm super excited to have the chance to go out on the road and play all these songs," McHugh said in a statement. "Particularly the songs from Waves. I feel like it's my favourite album that I've made, and I really can't wait for people to hear what it sounds like live."