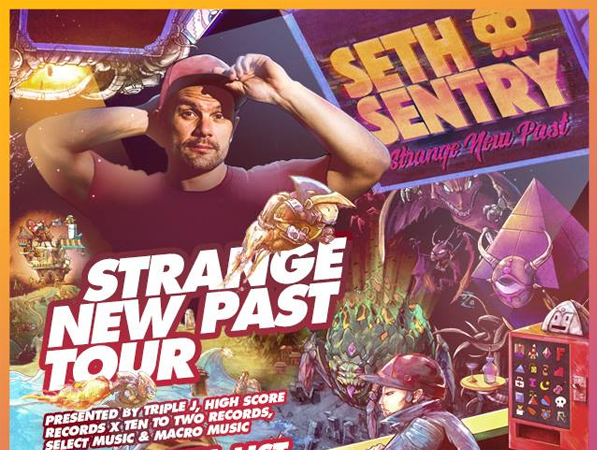 Seth Sentry is back and he is on a mission; with two high rotation radio singles (Run and Hell Boy), his second album announced for release on June 5, AND NOW the biggest damn Australian tour you have ever seen!

That’s right, having just put the finishing touching on Strange New Past, the follow up album to 2012’s This Was Tomorrow (ARIA #6 debut), Seth has announced that he will spend three months touring Australia and New Zealand, covering nearly 50 capital cities and regional centres.

After the completely sold out Run Tour in March this year, Seth proved why he is renowned for one of the best live shows in the country. Together with DJ Sizzle, Seth brings to the stage his trademark charm, quick wit, and the best raps in the game, with a show that is energetic, fast paced and not to be missed.

We're calling it; this is the biggest tour EVER by an Australian hip hop artist. Three months, 47 shows, thousands of kilometres, countless litres of espresso and a whole lotta good times.

Seth Sentry - coming to a town near you or your money back!
Tickets On Sale Now!