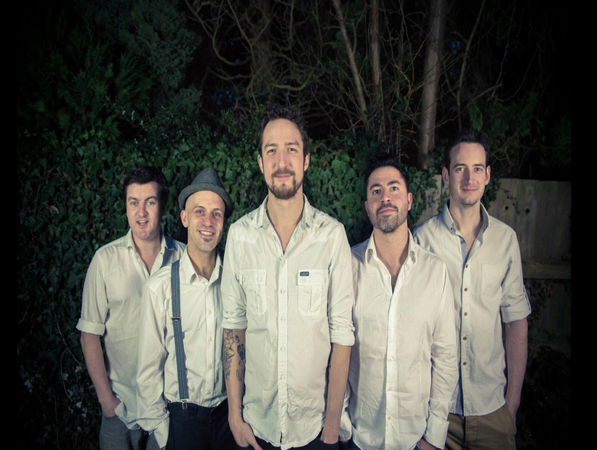 'Turner is British music's secret star.' --Telegraph
'sincere and attention-grabbing, with the comfort of open-hearted honesty.' -- NME
Heading down under as part of the Byron Bay Bluesfest, British troubadour Frank Turner has just announced a series of headline shows across Australia & New Zealand.
It is almost a decade since Frank Turner went solo following the demise of Million Dead, the hardcore quartet he fronted. In that time, he has been on a constant upward curve, its momentum propelled forward by a mixture of Turner's force of will and his effortless craft of song. Each record now brings with it new landmarks for the 32-year-old from Hampshire. His fourth album, 2011's England Keep My Bones, sold more than 100,000 copies and entered the UK Charts at number 12.
Its follow-up, last year's Tape Deck Heart, has ushered in a new level of success. So far, it has sold 200,000 copies. It entered the UK Charts at Number 2 and the iTunes Charts at Number 1. Five singles have been released from the record, each underlining Turner's arrival as a crossover DIY star: the break-up vignette 'Recovery', the stirring, mandolin-flecked singalong of 'The Way I Tend To Be', the rousing, anthemic 'Oh Brother', 'Losing Days' and the recent 'Polaroid Picture' EP all showcase Turner's increasingly daring dynamism as a solo artist.
Not one to rest on his laurels, Turner's live achievements may be more impressive than his recorded works: opening the 2012 Olympic Games, high billing on the main stage at the Reading and Leeds festivals, a sold-out UK arena tour, where Turner later admitted that, 'playing an arena tour of the UK was a strange, bold, terrifying and ultimately beautiful thing…I never expected to find myself playing in rooms of that size, and I was concerned about making the shows as good as they could be, about making sure that the connection with the audience wasn't lost. In the event it was a massive rush and a resounding success."
It's the connection with the audience that has made Frank Turner's live shows unique. The UK Telegraph describing the shows as a 'crowd participation triathlon, which involved jumping up and down on the spot, clapping overhead and singing along at the same time. It was quite something to behold.' The Guardian lamenting that the 'vast hall reverberates with lusty group-sing' where Turner 'invites you to lay aside your baggage and dance'.
Don't miss your chance to sing and dance along with Frank Turner & the Sleeping Souls as they tour nationally this April. .
Tickets on sale 9am Wednesday 26th November.