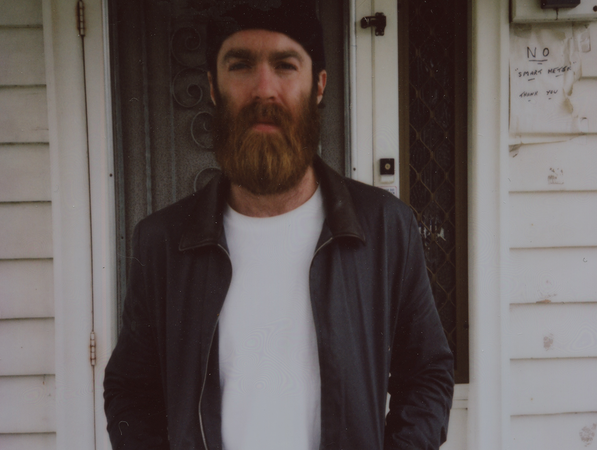 As his massive year draws to a close, Chet Faker (A.K.A. Melbournian native Nicholas Murphy) is pleased to announce details of his biggest Australian tour to date and the final tour of his award-winning breakthrough debut LP Built On Glass.
The homecoming national tour (featuring Chet as a three-piece band) will take in five capital cities this February. Chet will be ably supported by Melbourne wonder-producer Roland Tings and rising cosmic-funk revivalists GL.
Chet Faker's July 2014 tour, the first in over two years, was incredibly well received. He sold out three and four shows at Sydney's Enmore Theatre and Melbourne's Forum Theatres respectively, among others.
It's been a sure and steady ascent for Chet, who single-handedly wrote, performed and produced Built On Glass in a hand-built studio at the disused Melbourne Meat Market and released it in April to endless critical acclaim. The chart-topping album has already picked up three ARIA Awards and leads the field with a total of nine nominations. The album has also been nominated for the 2014 J Award for Australian Album of the Year. Lead single 'Talk Is Cheap' is now accredited Gold and the Toby & Pete directed film clip has been nominated in both the ARIA and J Award Best Video category. Chet will be performing at the ARIA Awards on Wednesday 26 November.
There's also an impressive story unfolding internationally, where Chet has spent most of the year on the road, clocking up over 100 shows this year. He recently sold over 23,000 tickets across Europe and the UK on his sold-out headline tour, including the 2,600 capacity Coronet, and remarkably a 6,000 capacity arena in Istanbul (where 2,000 fans petitioned to have his 500 capacity venue upgraded after it sold out in two hours). In the US, his recent performance at FYF Festival in Los Angeles had the 7,000 person arena at capacity for his performance, during which the crowd broke through the barriers to catch a glimpse of his set bringing the festival to a standstill. Chet also enjoyed a sold-out show at New York's iconic Webster Hall, playing to over 1,500 fans.
Onwards and upwards, Chet Faker recently recorded his first iTunes Session. This exclusive six-track set is only available on iTunes and features highlights from Built On Glass and 'I'm Into You' from the Thinking In Textures EP. Released globally on Friday 28 November, it is available for pre-order now on iTunes at: https://itunes.apple.com/album/itunes-session/id939597661?ls=1