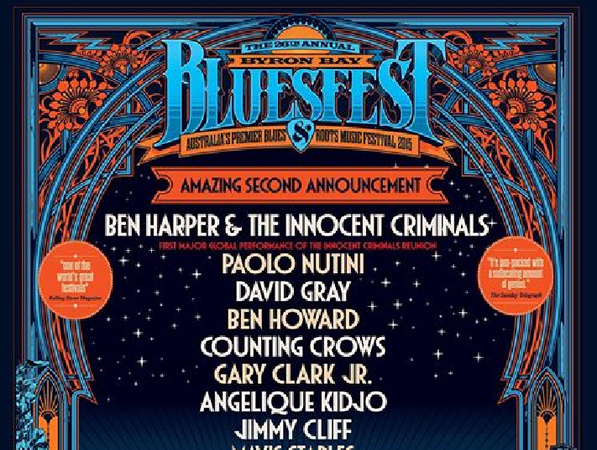 The 1st Announcement for the 26th Annual Bluesfest that included THE BLACK KEYS, ZAC BROWN BAND, ALABAMA SHAKES and TRAIN among other greats created a stir AND this 2nd edition proves there is no stopping now, with more headlining announcements on the horizon!

The much anticipated reunion of BEN HARPER & THE INNOCENT CRIMINALS at Bluesfest on Easter Sunday (April 5) will go into history as one of the major events on the 2015 Festival calendar. It is going to be the bands ONLY performance in Australia with NO other shows to be added. It's exclusive as can be and Bluesfest is truly honoured to welcome back BEN HARPER & THE INNOCENT CRIMINALS after their 7 year break! .
Tickets On Sale Now!