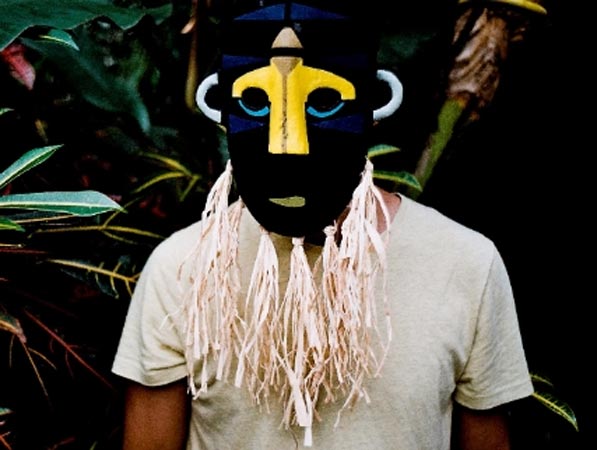 Off the back of an extensive USA and European tour, South London's SBTRKT will return to Australia this January for headlining shows in Melbourne and Sydney. In addition SBTRKT will also appear at the already-announced Falls Festival, Field Day and Southbound, where fans will have the chance to groove along to songs from the debut record as well as new tunes from Wonder Where We Land.

Far more than just a complete absence of vowels, in the last few years Aaron Jerome, the man behind the SBTRKT mask, has put a whole new spin on the post-dubstep landscape of indie electronica. The dance world really began paying attention to Jerome's project back in mid-2011 with the release of SBTRKT's eponymous debut album, which won DJ Magazine's Album Of The Year and reached the Top 50 Of 2011 list in publications such as NME and Pitchfork.

This led to SBTRKT's sublime talents becoming highly sought after in all areas of the music game, resulting in remix collaborations and track re-workings with artists such as Radiohead, M.I.A., Underworld, Mark Ronson, Goldie and Basement Jaxx (to name but a few). This skill for working well with others makes it no surprise that SBTRKT's second album Wonder Where We Land is based around a revolving crew of talent and featuring contributions from Ezra Koenig (Vampire Weekend), Caroline Polachek, Koreless and A$AP Ferg, as well as old hands Sampha and Jessie Ware and new voices Raury and Denai Moore. The music itself on Wonder Where We Land is a nod to classic albums of yesteryear from esteemed artists such as The Beatles, Pink Floyd and Radiohead, with SBTRKT seemingly desperate not to become pigeonholed either by himself or the opinions of outsiders.

And, importantly, SBTRKT is also far more than a mere studio (or bedroom) project, having also cultivated a burgeoning reputation in the live realm where his relatively organic show featuring elements of live instrumentation and live collaboration has prevented him being merely viewed as a chap with a laptop (indeed the riff from new track Voices In My Head came from jamming in LA with rockers Warpaint). Visuals are also becoming an important component of the SBTRKT live experience, with colourful and vivid projections and artwork abetting the ambitious and often experimental music.

Having first dipped his toes into Australia waters back in 2011 with a DJ tour, SBTRKT has become a regular visitor to our shores in recent times having already smashed prestigious slots at Laneway Festival, Falls Festival, Southbound, Field Day and a smattering of sold out headlining shows. Take nothing away from SBTRKT- he's adventurous, he's enigmatic, he's ambitious and he's coming back to a stage near you this summer! .
Tickets On Sale Now!