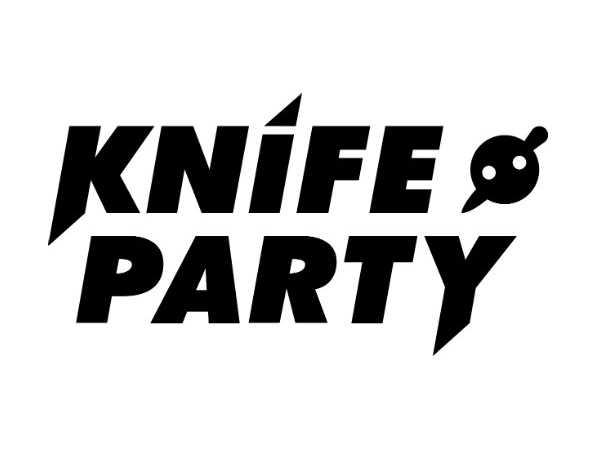 Only a month out from their high anticipated, gargantuan debut album, hard-hitting 'seizure music/Haunted House/Spooky Roller Disco' overlords Knife Party have announced they'll return to their home turf, Australia, to perform five mammoth shows across the country this summer, in December 2014.

'The tent was literally being ripped from the ground ... Knife Party absolutely killed it' The Music

'Leading no doubt about why the stage was given to them, Swire and McGrillen overloaded the senses, washing the crowd in colours and sound' Tone Deaf

The festival headliners and critically acclaimed electronic music heavyweights are no strangers to ground-breaking live shows, as anyone who witnessed Rob Swire and Gareth McGrillen's headlining slot on their own curated 'Haunted House Stage' at 2014's Future Music Festival can attest. At FMF the pair unleashed their colossal 'Knife Party Presents: Haunted House' arena production and now they're returning with an updated and exhilarating show set-up, in celebration of the release of their long awaited debut album, Abandon Ship, released Monday 27 Oct (via Earstorm Records and Warner Music Australia).

Thanks to viral blockbusters like 'Internet Friends', included in triple j's Hottest 100 of 2012, and hits like 'Bonfire', 'LRAD' and more, Knife Party's raw, unprecedented energy is unstoppable. This August they revealed the first taste of their official longplayer in new single 'Resistance', which Zane Lowe premiered on BBC Radio 1. So far it's been streamed well over 750,000 times on SoundCloud, and was soon followed up with the brand new club banger 'Begin Again' (hear it here), which was Zane Lowe's Hottest Record, and had fans quivering with anticipation for the new album. Last week, to coincide with the exclusive first play of 'Begin Again', the pre-order for Abandon Ship went live. Fans who pre-order it will receive 'Resistance' and 'Begin Again' straight away.

The stats on Knife Party are crazy: they've amassed over two million fans on Facebook, 72 million streams on SoundCloud, 34m plays on Spotify, 53 million views on YouTube. As producers they're heralded and unrivalled, but as well as spending their time honing their music in the studio, they have also truly conquered on the live front: performing in front of 100,000 revellers at Miami's Ultra Music in 2013, completing sell-out tours of the US and UK and headlining festivals the world over, including Wireless, Electric Zoo, Future Music Festival and Tomorrowland, recently headlining its epic 10th anniversary.

Knife Party's special indoor shows back in their home country are guaranteed to blow your mind! Get in quick: tickets will sell out. .
Tickets On Sale Now!