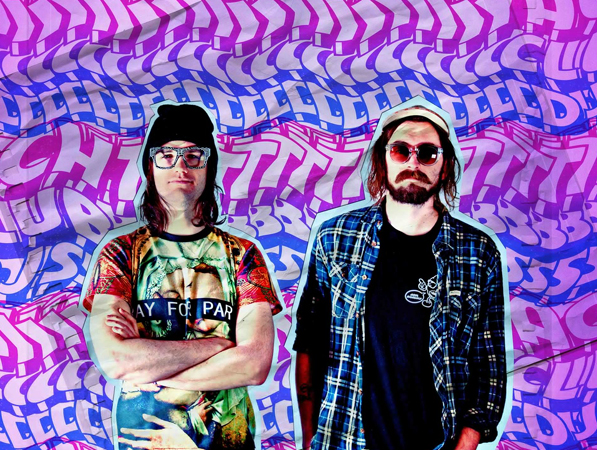 Earlier this year, everyone's favourite cartoon-pop-party duo and mash-up maestros, Yacht Club DJ's broke hearts and headphones around the nation by announcing they are calling it a day! And of course, there is no better way to celebrate their hard-earned dance-floor legacy than one final, thumping, national party. The Hooroo! Tour aptly kicks off on October 31st - seeing to it that Halloween 2014 marks a new anniversary as the Day of The Dance Floor before ending the victory-run back in the Victorian town that started it all.

The Ballarat locals are no strangers to a party. Since forming in 2008 they cut their vinyl at weekly residencies at Karova Lounge in their hometown, driving to the big smoke to turn up club nights across Melbourne and Sydney. After a notorious breakout performance at Meredith Music Festival - they returned to the weekender a further three times and insured there wasn't anyone in the 'sup left sitting down. The Yacht Club DJ's spun their festival magic at no less than four year's at Splendour in The Grass. 2009/2010 summer festival seasons saw the duo sell out two national tours - 'Kleptomania' and 'Batten Down the Hatches' as well as spin at Falls Festival and Field Day and head west for Southbound and back east for Groovin' the Moo. Their partners-in-crime have been DZ Deathrays, Bleeding Knees Club, Remi, Dune Rats, Gold Fields, Step Panther, Hunting Grounds and plenty more laying waste to many a dressing room behind them. By 2013 their notoriety stretched much further than just Australian audiences, and they were personally asked to tour with Mumford & Sons' Gentleman Of The Road tour both nationally and in the US and Canada, playing along side such acts at Edward Sharp & The Magic Zeros, Haim and of course Mumford & Sons.

The Yacht Club DJ's have been going from strength-to-strength over the past six years and most recently unleashed a double-whammy - not only did they drop their newest mixtape 'Oddity No. 5' they also released their first EP of original material 'NO.1' which included the summer anthem, the Madhatter-like sax romp 'Undertow'. A finely tuned back-catalogue of crazy, they leave behind them no less than 'Kleptomania', 'Demons of Gymnastics', 'They Mostly Come at Night', 'Find Me A Macchiato Pronto'. They know no bounds of genre and are not pigeonholed into any type of music - instead journey an incredible highway of bouncing beats, snappy drums, and warped vocals a fearless repertoire spanning 60s blues, 90s pop, Disney soundtracks, death metal and everything in between, riddled with their tongue-in-cheek and genuinely cheeky sense of humor.

And of course, a Yacht Club DJ's show would not be complete without on-stage nudity, crowd invasions, dancing on the decks and wild water sports, including riding the waves of the crowd on an inflatable boat. Don't just take our word for it. Buy the ticket, take the final ride.
Tickets On Sale Now!