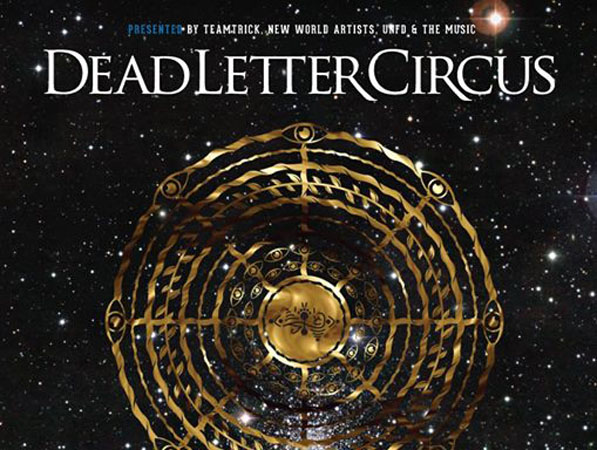 Off the back of their Reimagine Acoustic tour, which was sold out a month in advance, and their stunning "acoustic and strings" Stand Apart EP, which dropped out of the blue, Dead Letter Circus are pleased to announce a national tour for December, with 7 shows reaching all capital cities, plus a couple of regional jaunts.

After co-headlining dates with Karnivool last summer, hitting all parts of regional Australia in May, and selling out their acoustic tour, Dead Letter Circus are ready to bring the full volume, massively epic, maximum impact stage show to the capitals for one final time before they head into the studio to record their third album.

The band’s sophomore album, "The Catalyst Fire" debuted at number 2 on the ARIA charts and was triple j feature album of the week, with hits "Lodestar", "I Am" and "Insider" all becoming live and radio favourites.

The national tour will see Dead Letter Circus bring ambient/melodic post-rockers SLEEPMAKESWAVES along, and they’ll be joined on all dates by Perth’s Voyager.

Tickets go on sale Thursday 11th of September, and are sure to sell out fast, so don’t miss your opportunity to catch Dead Letter Circus in full flight.
Tickets On Sale SEPTEMBER 11!