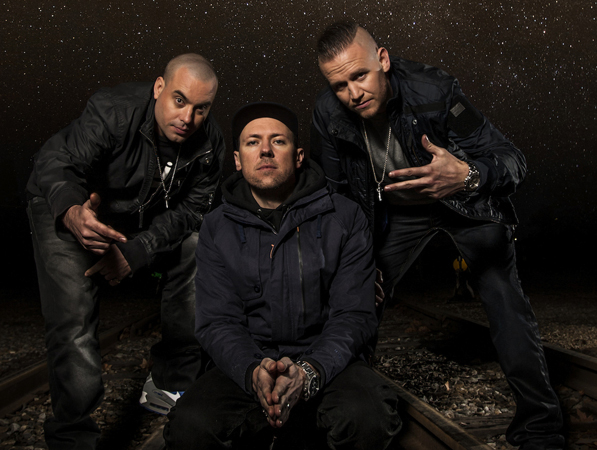 In the wake of their brand new album 'Walking Under Stars' topping the charts for another week, HILLTOP HOODS have announced their largest domestic tour to date, the 'Cosby Sweater Tour', which is Stage 4 of their 2014 world tour.

After sold out tours in New Zealand, Europe, UK earlier this year and a return performance to what was deemed the largest crowd at Splendour in The Grass, HILLTOP HOODS are ready to bring their brand new show and album to the masses courtesy of triple j, GER, Nine Touring & Events, and Blue Max Music.

Joining HILLTOP HOODS on their national 'Cosby Sweater Tour' will be the Blue Mountain's trio Thundamentals who have recently had massive success with their new album 'So We Can Remember'. Also joining this stellar line-up is Golden Era Records latest signing K21, who hails from Adelaide and will be introducing fans to his fresh sounds and soon to be released debut single.

Undertaking their first headline tour since 2012, HILLTOP HOODS will be visiting capital cities and regional areas across Australia to perform tracks from the incendiary new album 'Walking Under Stars' alongside their classic crowd favourites.
Tickets On Sale SEPTEMBER 1!