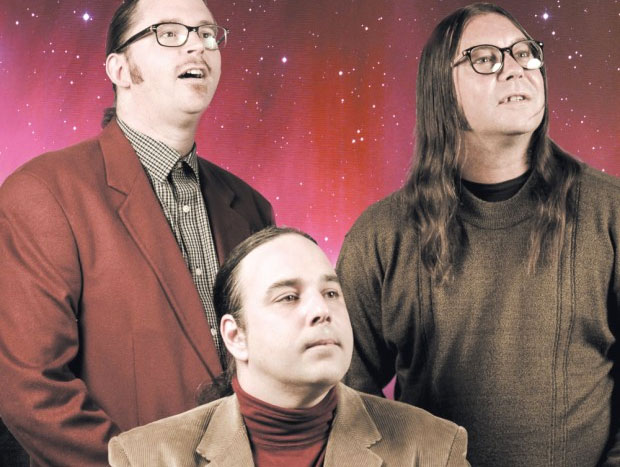 life is noise is proud to announce the return of stoner-doom legends SLEEP for their first full Australian Tour.

When Sleep broke up in 1998, it looked like their magnum opus – the sprawling, hour+ long, single-track slice of epic stoner goodness that's now known as Jerusalem or Dopesmoker – would never be heard. We realised stoner metal had lost one if its trailblazers and we tried our best to move on. But 16 years later, the masters of doom live again. The fever dream journey that is Dopesmoker has been unleashed in its unedited, epic glory, and Sleep are back with their first piece of new music since 1998 with what guitarist Matt Pike describes as "the lyrical follow up to a lifetime of marijuana enjoyment" – The Clarity.

The Clarity doesn't miss a step. It captures Sleep at its heaviest and weediest, and despite the puff of smoke that pervades these 10 minutes, it's the band's cleanest-sounding recording. Matt Pike's guitar has somehow taken on an even headier tone, with a riff that burrows into your chest and opens your consciousness. - NPR

Of course, we never thought it would happen like this. After the legal nightmare that was Dopesmoker forced Sleep to disband, no one – not even the band themselves – thought Sleep would record again. But in 2009, Sleep was reborn. It was meant to be a one-off spectacle – a proper send-off for a trio of legends at All Tomorrow's Parties – but it only snowballed from there. More festivals followed, then US and European tours, until far corners of their world were privy to the ceremonial trip that is Sleep.

With songs so steeped in THC that pot smoke seems to emanate from the speakers, Sleep were perhaps the ultimate stoner-rock band. It's high time they were given their due. – The Guardian

In 2012, Southern Lord reissued Dopesmoker – in full, remastered and over an hour in length, the way it was meant to be heard. Finally, Sleep were getting the recognition they so sorely deserved 15 years ago. Finally, we got to feel the massive vibrations of stoner doom's greatest power trio through a smoke-filled haze.

Sleep had the nerve, the inclination, and most of all the patience to play things slow and steady. Dopesmoker took a whole genre to its apocalyptic endpoint. It's an album of endless pleasures, and its arcane, foggy-headed mysteries never stop revealing themselves. – The A.V. Club

Now in 2014, Sleep looks like a super group. After their dissolution, vocalist and bassist Al Cisneros blazed trails with the rhythmic droning of OM. Matt Pike continued his devotional study of The Riff as the spiritual successor to both Lemmy and Iommi through sludge metal power trio High on Fire. Founding drummer Chris Hakius has since retired from touring but filling his huge shoes is Jason Roeder, who's spent almost 30 years blowing minds behind the kit in Neurosis.

No matter how many times they had to record or rehearse Dopesmoker to master it, or no matter how much pressure London placed on them to make something more commercial than personal, Sleep sound as if their very existence depends upon the successful exercise of this weed ritual. - Pitchfork

Sleep live is like mass hypnosis - a psychic trip of gargantuan proportions under the guidance of three sonic shamans. There's never been a better time to be a Sleep fan. Prepare to ascend the Holy Mountain.
Tickets On Sale Now!