Watsky
The 'All You Can Do' Tour 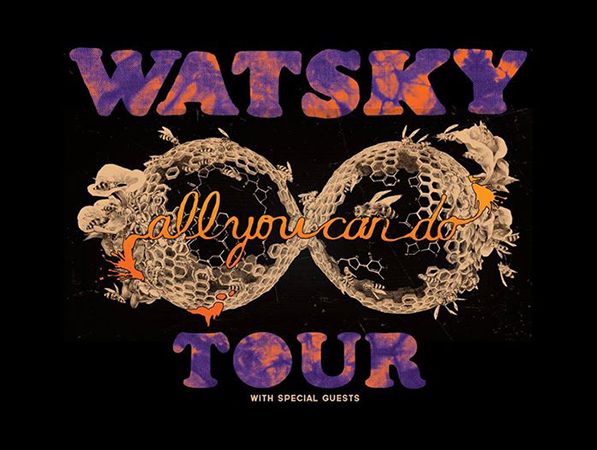 Lyrical master-crafter Watsky has announced his debut Australian tour this December in support of his new album All You Can Do, an eclectic alternative hip hop LP and the follow up to 2013's Cardboard Castles (#7 US iTunes), released digitally via Caroline Australia.

Getting his start after winning San Francisco's National Youth Poetry Slam as a teenager in 2006, Watsky was subsequently featured on HBO's Russell Simmons Presents Def Poetry and spent the next four years performing poetry at hundreds of Universities across the US. Thanks to a breakout viral success in 2011, Watsky has been a guest on Ellen (twice), Last Call with Carson Daly, in the latest season of Arrested Development(Episode 7, "Colony Collapse"), and has racked up over 200 million YouTube hits, sold over one hundred thousand albums, and performed at numerous festivals including Outside Lands, Wireless and the entire Van's Warped Tour 2014.

All You Can Do is a 16-track reflection of WATSKY's journey to date, covering ground from his relationship with his parents, to dealing with a recent illness, to the fallout from a stage-stunt on tour in the UK last year. The video for lead single "Whoa Whoa Whoa" was released directly to Watsky's rabid fan base in mid-June and has since amassed over 2.4 million views.
Tickets On Sale AUGUST 21!