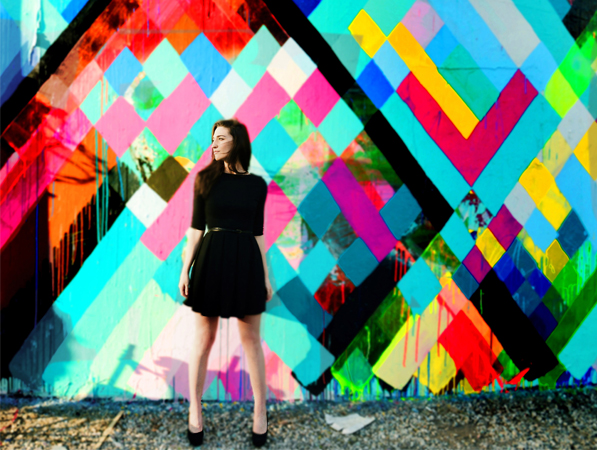 Frontier Touring are very excited for the return of singer-songwriter and pianist/guitarist Sara Bareilles to perform all ages shows in Australia and for the first time New Zealand this September!

The multi-talented musician captured hearts and achieved critical praise in 2007 when she released the hugely successful hit 'Love Song' from the debut album Little Heart (out now through Epic Records). The track reached #1 in 22 countries around the world and stayed in the Billboard Hot 100 for a massive 41 weeks, peaking at #4 and remained in the top ten for 20 weeks. The track was also nominated for Song of the Year and Best Female Pop Vocal at the 51st Grammy Awards.

Bareilles' sophomore album Kaleidoscope Heart (Epic Records), which she released in 2010, went straight to number one on the Billboard 200. The lead single 'King of Anything' once again earned her a Grammy nomination for Best Female Vocal Performance and certified platinum (1,000,000+ album sales) by the Recording Industry Association of America.

Her talent and passion are proven through the undisputable longevity of success on each album and for being able to follow them up with more global hits each time. In July last year she released her third album, The Blessed Unrest (Epic Records) which debuted at #2 on the Billboard 200 and saw her join OneRepublic for a co-headline US tour.

Without skipping a beat, her latest album scored her another two Grammy nominations for Album of the Year and Best Pop Solo Performance for lead single 'Brave'. The song has been widely picked up by television, saw her perform on Ellen and was even performed by Glee cast members earlier this year. 'Brave' has now surpassed 2x platinum sales in Australia and platinum plus in New Zealand. Her latest offering from the record 'I Choose You' was released after 'Brave', a strong follow up to the massive hit, which Bareilles performed acoustically backstage for Jimmy Fallon.

In September last year, Taylor Swift brought Bareilles out on stage during her Los Angeles show as part of The Red Tour, which caused an online frenzy as the two vocal powerhouses sang 'Brave' to a very lucky and awe-struck audience.

Amongst her busy schedule of songwriting and performing, in 2012 she released a documentary titled A Trace of the Sun: Volunteering in Japan which chronicled her time volunteering in Japan following the earthquake and subsequent tsunami that devastated coastal cities. Shortly after she released an EP titled Once Upon Another Time which was produced by Ben Folds, a fellow judge on NBC's The Sing Off, which has uncovered such acts such as Pentatonix and The Collective. Recorded in Folds' studio in Nashville, The Collective also features on track 'Stay' lifted from the creative collaboration EP (click here to listen).

Bareilles is no stranger to Australia, having supported Maroon 5 when they toured Australia in 2011, showcasing why she is not only a proficient songwriter but a seasoned artist exuding confidence and unmatched stage presence.

Bareilles is currently in the middle of her Little Black Dress tour in North America where she is busy performing to a number of sold out crowds, with her Australia and New Zealand shows expected to be no different, so don't miss out!
Tickets On Sale Now!