Bluejuice
Band announces their goodbye for the end of 2014 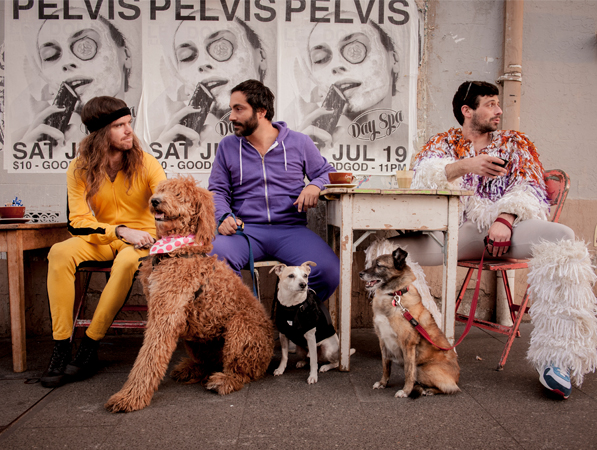 After 13 years of broken bones, broken hearts, sore heads, passive aggression, regular aggression, several arrests, questionable skin infections, and a busload of infuriated tour managers, Bluejuice are announcing they are calling it quits at the end of 2014.

With three acclaimed records and countless formidable live shows under their belts, the band have decided to take a peek at what exists on the other side of the velvet curtain, to work on new things, and to hopefully wear their sequined leotards less often.

Bluejuice timidly arrived on the music scene in 2001, and have been defiantly (though not necessarily deliberately) unfashionable ever since. Their work ethic, pop nous and unapologetic inclination to yell straight into your face have made them difficult to ignore. With loads of radio (their track Vitriol still holds the position of the most played song on triple j) and festival conquests, they shall leave behind a body of work of which they are all very proud, and they look to the future with a mix of hope and fear of starvation, not unlike the chick at the end of Children Of Men.

Before they close the door, on their way out, Bluejuice are releasing a retrospective record, 'RETROSPECTABLE', which pulls together all the best bits from their three albums, some brand new tunes, and some extra treats and pleasures.

'RETROSPECTABLE' starts with the release of the aptly title new single 'I'LL GO CRAZY'. A high energy charge about reaching the end of your rope, with your partner, with your friends, with your family, with society at large, and mostly with yourself. Produced by Dann Hume (Sticky Fingers/Alpine). Co-written by Alex Burnett and Jake Stone.

They will head out on one final headline tour across the country RETROSPECTABLE: THE FAREWELL TOUR. The bands lap of honour so to speak. It will be Bluejuice's destructive last hurrah, so catch them going out the only way they know how: deafeningly loud, a bit drunk, and dancing maniacally into the night.

"These jive turkeys have cracked the rhythmic code to your arse and built a funk-pop wall of sound around it" - Rolling Stone Magazine
Tickets On Sale AUGUST 8!